The Normal Heart Explores the Early Days of HIV/AIDS Activism

Ryan Murphy's 2014 film The Normal Heart chronicles the confusion and horror that many felt during the early days of the AIDS crisis. 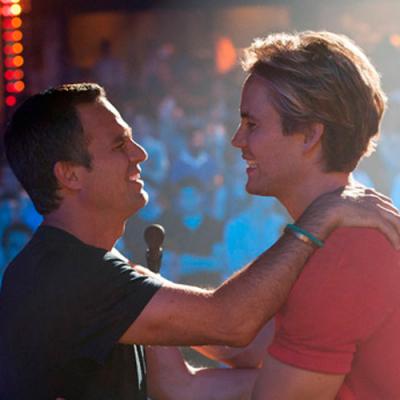 LGBTQ rights have real momentum lately. If you're a tolerant person, you may be tempted to pat yourself on the back as you note growing acceptance of marriage equality, transgender rights, visitation rights, and open service in the military. But we shouldn't overlook the decades of tireless activism that got us here. Countless wrongfully demonized people worked very hard to cultivate the still-not-completely-welcoming world we inhabit.

Ryan Murphy's 2014 film The Normal Heart chronicles the confusion and horror that many felt during the early days of the AIDS crisis. It shows how a determined group of victims, partners, and advocates organized in response, while exposing the contempt and political indifference they encountered as they fought for their rights.

Murphy is best known for fun and outrageous TV shows like Glee, Nip/Tuck, and American Horror Story. So don't expect an atmosphere of quiet restraint here. On the other hand, he's translating Larry Kramer's semi-autobiographical play of the same name, which adds intimacy and realism to Murphy's bombastic style.

Kramer (fictionalized in the film by Mark Ruffalo) was one of the founders of the Gay Men's Health Crisis (GMHC), which began (in his living room!) as a response to the CDC's unwillingness to declare AIDS an epidemic during the homophobic early 80s. GMHC provided medical information and counseling at a time when our country was extremely reluctant to do so. Later, Kramer helped form the AIDS Coalition to Unleash Power (ACT UP) to create more political solutions. Through The Normal Heart, this often overlooked history finally takes its place in the spotlight. — Dan Schank