The Not To Be Missed Global Summit Presentation: Bruce Katz 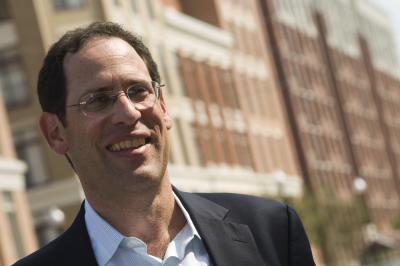 Global Summit VI hosted by the Jefferson Educational Society boasts a number of excellent programs with recognizable names that bring much needed attention to the culture of the Erie community. The most important session of this year's event may be overshadowed by the media mavens that fall on either side of his presentation.

Bruce Katz is the president of the Brookings Institution and founding director of the Brookings Metropolitan Policy Program. His talk - The Metropolitan Revolution: The Future of Erie - bares significance for our region because Katz understands the problems plaguing traditional manufacturing communities in a post-industrial economy.

The Metropolitan Policy Program at the Brookings Institution introduced the concept of metropolitan business plans  in 2011. It is a process designed to facilitate collaboration between regional governments and various agents of economic stability, such as employers and economic development corporations.  It's also an attempt to reverse the top-down macroeconomic policies of local and regional governments that perpetuate the faddish economic development efforts, which emphasized infrastructure based investments.

In his work, Katz extensively studied Northeast Ohio from Cleveland through its tertiary reach into western Pa. So he understands the region.

Manufacturing - as we knew it - isn't coming back anytime soon, but the framework of informational and organizational networks that made manufacturing a prosperous endeavor still exist. The trick is for metropolitan leaders to recognize their weaknesses as well as their strengths.

"The strongest networks are held together by a multiplicity of weak ties rather than the repetition of strong ones," Katz wrote with his coauthor Jennifer Bradley in their 2013 study, The Metropolitan Revolution: How Cities and Metros are Fixing Our Broken Politics and Fragile Economy.

Katz underscores the importance of attracting innovative talent to participate in these emergent networks but includes one important caveat: regions like ours need not seek a hero - a Bill Gates or a Mark Zuckerberg - to save our community. It needs to find people "aligned with the powerful social, economic, and cultural forces" unique to this place.

Katz will speak Thursday night at the Jefferson Educational Society on State Street at 730 pm. All of the Global Summit presentations are worthy and exciting, but if you only have time to take in one make it an investment in the "The Future of Erie."