Congress to sue the President! Not so fast... 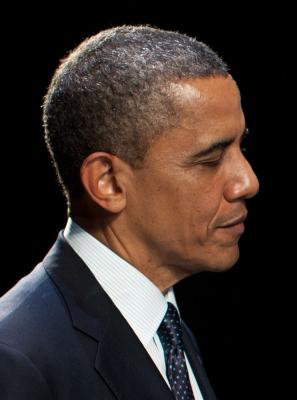 While many conservative members of Congress believe that President Obama has exercised a gross abuse of power, their plan to sue the President is grossly flawed.

For starters, Barack Obama is the President of the United States. In no way did the framers of the U.S. Constitution intend for redress of grievances against the actions of the President to be mired down in the procedures of the courts. That's why they established a series of checks and balances to monitor the activities of the President, including Congress and the Supreme Court.

According to Supreme Court Justice Antonin Scalia, one of the courts advocates for an original interpretation of the Constitution, the framers rejected "a system in which Congress and the executive can pop immediately into court, in their institutional capacity, whenever the president… implements a law in a manner that is not to Congress's liking."

But the 113th Congress has reached an impasse. It has stonewalled President Obama on most of his legislative priorities, even when those initiatives were similar, if not identical, to Obama's predecessor, George W. Bush. Meanwhile, it failed to stop Obama's momentum on sea change legislation like the Affordable Care Act.

Congress is in a similar boat. The Supreme Court has restricted "congressional standing," in part, because if presidential actions are truly egregious, Congress has the power to impeach. This Congress is not likely to wade into those waters no matter how much it disapproves of this popularly twice-elected president.

So it looks like John Boehner and his conservative colleagues will need to wait, for now, before moving forward with a potential lawsuit against President Obama.  My guess is that Congressional leadership will not want to create an election year distraction, particularly at a time when Tea Party opponents are carefully tracking unnecessary spending.

Given Congress's general ineffectiveness in negotiating with the President, it is no wonder why this band of attorney's and dime store statesmen decided that legal action is now appropriate. Many of them are responsible for the deregulation that opened the personal injury floodgates and the ability to litigate almost any dispute with no real claim or cause.

That said, if John Boehner takes in any late night cigar meetings in the oval office during the next government shutdown, he might have a case.