Sarah Palin is launching a new internet television channel that's pure politics and anything for money. 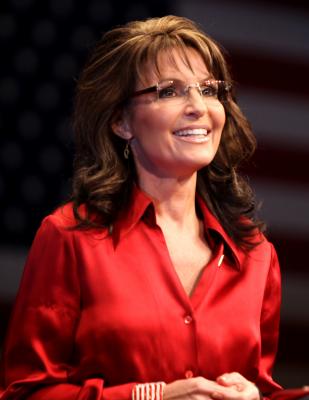 Sarah Palin announced Sunday that she is launching her own internet channel.

Sarah Palin Channel is part of the Tapp Network, which "builds video channels for powerful personalities and their superfans," according to its website.

For $9.95 per month, or $99.95 per year, subscribers can listen to the former Alaska Governor and Vice-Presidential candidate decry the mainstream media of which she has inarguably become a part.

Sarah Palin Channel has also been somewhat non-committal about its complete program lineup, other than the ability to "communicate directly with me," as Palin says in her announcement of this new initiative.

The mystery surrounding the future of the channel's offerings has led the twitterverse to hold its own pitch meeting under the hashtag #PalinTVShows. First round favorites include, "I Love Lucy but deport Ricky" and "Everybody Loves Reagan."

The website will feature interviews with prominent conservatives, a national debt calculator, Bristol Palin's Blog, and interactive elements that allow subscribers to pose questions and have them answered directly by Palin.

Palin and Tapp describe the channel as a "niche Netflix," but that infers some diversity of content. Palin's world of interactive subscription internet content is more akin to internet pornagraphy.

The site hosts free content accessible from its homepage, while the premium content - access to the "powerful personality" that is Sarah Palin - resides behind the paywall.

"Buy the ticket, take the ride," Hunter S. Thompson famously said. Before you do, you may want to sample the goods during the free trial period to make sure you can handle pure, unadulterated Palin.

U.S. Service members can subscribe for free, no doubt an effort to bolster site membership and boost marketing rates.

If this venture is successful, Larry Flynt may want to try a similar approach to help sagging profit margins, among other things. If it fails, Palin might be available to record your outgoing voicemail...for a price.