The Return of Nu-Metal at Basement Transmissions

Nu-metal band Nonpoint makes a first ever appearance in Erie. 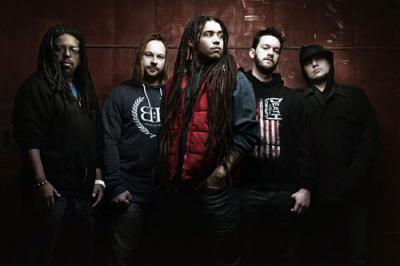 On Sept. 21, Fort Lauderdale hard-rockers Nonpoint will be coming to Erie for the first time, playing at Basement Transmissions.

The band is on tour in support of their upcoming album The Return, to be released on both Metal Blade and Razor & Tie Records (ironically the same label that releases Kidz Bop and The Wiggles albums).

Nonpoint has a nu-metal-meets-hard-rock sound, comparable to bands like Disturbed, Mudvayne, and Drowning Pool.  Considering Slipknot is also releasing a new album this year, it's possible that the album name is alluding to a "Return" of nu metal back into relevance.

Nonpoint is rounding out the bill for this tour with Eyes Set to Kill, Righteous Vendetta, Letters from the Fire, and M4 – all who share a similar metal sound, although not quite as dated as nu metal.

Nu metal, in my opinion, serves as a gateway genre, leading listeners into more extreme types of metal-based music.  For instance, when I was in middle school, System of a Down, Slipknot, and Korn turned me on to heavy, alternative music, which led me deeper into the metal scene and eventually into hardcore punk.

This back-to-the-roots type of revival is a refreshing dose of nostalgia, and anyone tired of hearing the same boring thing on the radio and looking to experience something different should definitely check out this show. – Tommy Shannon