See what you will in Roar as it celebrates its 10th anniversary. 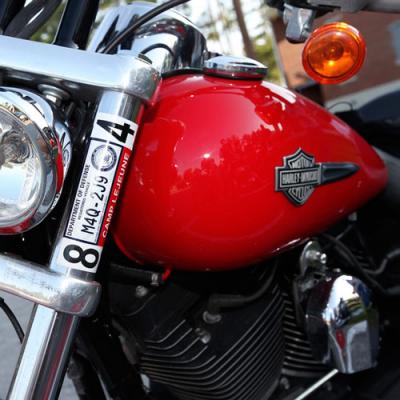 In case you haven't heard (and if you haven't, you will), Roar on the Shore is returning to Erie for its 10th anniversary this year. Some can Harley wait and others can Harley stand it, but regardless of your stance, you can Harley stop it. If none of this revs your engine, it serves no purpose idling around downtown. However, if you'd like to motorcycle through the array of entertainment options, there are plenty in the hopper for you and your chopper.

Wednesday, July 13 – The tour roars into town like a Lion with the Fallen Riders Memorial Run, starting at the Penn State Behrend campus and ending at the Hub at Perry Square. REMA-winning cover/tribute band Refuge (rock and country hits) and local favorites Leader of Men (nu-metal/post-grunge) will each play sets before Manufacturer & Business Association and Roar Board Chairman Don Hester and Mayor Joe Sinnott offer welcomes. Opening night concludes with an intro to former Miss Roar on the Shore winners and a headlining performance by Jackyl – who said living in the past couldn't be appealing? Jackyl frontman Jesse James Dupree (literally) takes a chainsaw to that notion with sleazy, bluesy romps such as "The Lumberjack" (although swinging a chainsaw around onstage is a definite liability, it's Stihl kind of awesome).

Thursday, July 14 – If you have faith in freedom, you're not going to want to miss day two (just wear a helmet, because freedom can sometimes betray you at high velocities). The Faith and Freedom Ride (with stops at the Veterans Affairs Medical Center and Soldiers' and Sailors' Home) gets things started before the Biker Hoard gathers at Presque Isle Downs & Casino prior to Bringin' in the Roar. Grand Marshal Paul Teutul Jr. leads the parade. Not enough excitement? Vince Neil, who was at many times the voice of freedom with Motley Crue (see "Girls, Girls, Girls"), will aim to kickstart your heart.

If Thursday was about bikers showing off to Erie, Friday is about Erie showing off to bikers. Rides throughout the day will offer tours of local microbreweries, Presque Isle, and the covered bridges of nearby Ashtabula County.

Friday, July 15 – If Thursday was about bikers showing off to Erie, Friday is about Erie showing off to bikers. Rides throughout the day will offer tours of local microbreweries, Presque Isle, and the covered bridges of nearby Ashtabula County. This teaser of our region precedes the once-magnificently teased manes of femme fatales Vixen, who perform hard-edged pop rock in the vein of Pat Benatar and Patti Smyth.

Saturday, July 16 – Banging your head? Metal health driving you mad? Don't Riot, Quiet will descend on Erie anew when the Roar exits Sunday morning. For riders, Saturday presents one last chance to Feel the Noize. Four more rides (Roar to the Vineyards, A Beer for the Deer Legend, Off-Road Express Rocket, and Hometown Taste and Tour), five more bands (Anthems of Apathy, Radio Age, The Riffriders, First to Eleven, and Quiet Riot), and even a boxing tournament – for the first time ever, if that doesn't ring any bells. Or maybe with the tinnitus you've developed, you couldn't tell either way.