The Science of Beer

Art and science collide at a beer centered Science Cafe. 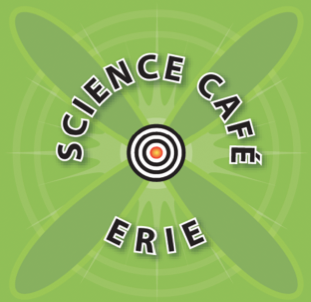 When a room full of people start discussing German purity laws, it's generally a cause for concern. But Monday night at Lavery Brewing Company, it was only about the purity of beer.

It was all part of the final Science Cafe, a science-centered lecture/discussion series hosted by the Northwest Pa. chapter of Sigma Xi, the scientific research society.

"The goal of the Science Cafe is to educate the public about scientific topics by putting an engaging speaker in a pleasant environment," says event organizer Kelly Grant, an assistant professor of Biology at Gannon University.

Monday's event at Lavery Brewing Company centered on "The Science of Brewing." It was the fifth talk of the 2014/2015 series led by 40 Under 40 Alumni Jason Lavery, owner and president of Lavery Brewing, and pub manager Pat Miller. The duo discussed the history of brewing, how the industrial revolution changed the brewing process, and the Lavery Brewing process.

Lavery says that events like the Science Cafe are a perfect way to educate the community about the brewing process and to advocate for brewing and brewers in the Erie region.

"We let the meet the people who make the product," says Lavery. "It helps the customer to put a face with a name and a face with our product. We're not mass producing beer. We're making craft beer and, with an audience like this, we get an opportunity to emphasize that this process is about art and science."

Previous Science Cafe's have covered topics ranging from fracking and microplastics in the Great Lakes to the ebola virus and cancer. The 2015/2016 Science Cafe series will being in the Fall. For more information, check out the Northwest chapter of Sigma Xi on Facebook.