The Separation of Church and Council

At Tuesday's Erie County Council meeting members of the public will request a separation of Church and State. Can Council be saved? 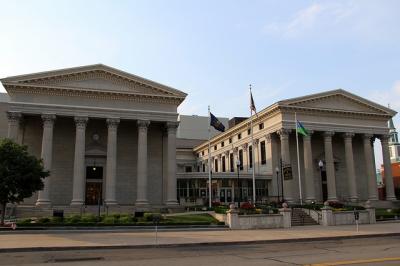 At Tuesday's County Council meeting at the Tom Ridge Environmental Center, a group of concerned citizens intends to speak to the council about the separation of Church and State.

Constitutional originalists will argue that there is no mention of the separation of Church and State in the U.S. Constitution. They are correct. The inference, however, is implicit. The phrase was used by Thomas Jefferson and John Adams.

The First Amendment to the Constitution states that "Congress shall make no law respecting an establishment of religion, or prohibiting the free exercise thereof..."

In the 1797 "Treaty of Peace and Friendship" with Tripoli, authored by John Barlow and later signed by President John Adams and ratified by Congress, the United States affirmed to its Muslim partner, "...the Government of the United States of America is not, in any sense, founded on the Christian religion..."

Moreover, the phrase "separation of Church and State" has been reiterated by the U.S. Supreme Court numerous times.

Nevertheless, the Court has been more concerned with diversity of opinion than with its separation. It ruled in Town of Galloway v Greece that the town council had a right to open its meeting with Christian prayer so long as it didn't compel minority religions to participate holding that the council's practice was no different than that of the Congress and state legislatures.

So this begs the question: If someone of a non-Christian faith was elected to County Council, would it's members still feel compelled to open its meeting with a Christian prayer?

Whether or not County Council chooses to take up this issue in light of the objections raised at Tuesday's meeting remains to be seen. But as the Erie community -- both city and county -- becomes more diverse, it will also need to become more inclusive. Sharing the burden of salvation sure seems like a good start.