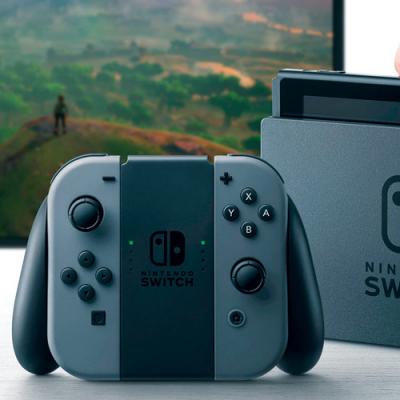 On Oct. 20, Nintendo released a concept trailer for their newest home/portable console hybrid, the Switch. The console itself is gorgeous, almost Apple- or Sony-esque. Imagine a powerful, portable gaming system you could dock to your home TV and enjoy your games at home or on the go. The long-rumored system would bridge the gap between Nintendo's home and portable lines of hardware.

That trailer hit all the right notes for me. No motion controls! It seems Nintendo is waking up to the fact that they struck gold with the Wii, and the success of motion controls at this point seems unlikely. No touchscreen – at least not shown in the trailer. Touchscreens are cool and all (most of us have one in our pockets), but touchscreen gaming is a different story. It rarely works out well, and most well-implemented touchscreen games are simplified for the medium. The trailer also did not show a single Amiibo (Nintendo's take on the toys-to-life genre.) However, It would be foolish to think the Switch wouldn't have Amiibo support – along with motion and touch, but the fact it's not in the trailer is bold to say the least.

Nintendo showed off the new Legend of Zelda game running on their new hardware, which keeps looking better and better. The most notable game shown, however, was Skyrim. Skyrim shouldn't be a big deal. It's a five-year-old game, but showing it means more than that. It's an adult game – no Pokemon, no mini game collection – a real game for people who like to play real games. The possibility of playing Skyrim on the next Nintendo console doesn't excite me at all – I have a PS4 for that. But Nintendo knowing who their audience is does. We are the parents buying the games for our kids now.

Finally in 2016, with their backs up against the wall, Nintendo is changing. They are making a statement.

It seems Nintendo is finally catering to – no! – embracing their audience of fans that appreciate and have followed them throughout the years. The trailer features no kids (although it did feature millennials that can afford luxury big city apartments, but that's another article), no Miyamoto selling us on some gimmick of a new way to play. I have grown up alongside the games industry and have watched games get more mature along with me. And I am once again hopeful for Nintendo.

I urge you to watch the trailer. Finally in 2016, with their backs up against the wall, Nintendo is changing.They are making a statement.

Paul Schillinger can be contacted at pSchillinger@ErieReader.com.