The State Of Erie Industry

An Examination of the Region's Industrial Forecast 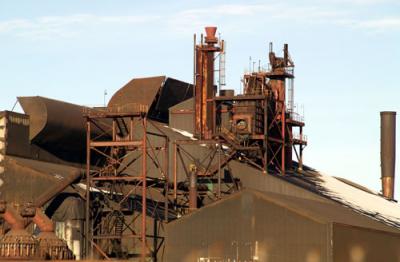 Those who like to look back nostalgically on the state of labor and industry in Erie County might want to take a second look.

But by the end of the Clinton era, employment in Erie County rose to an all-time high of nearly 138,000, according to a study by the Economic Research Institute of Erie.

Since 2000, local employers have battled a global recession and volatile markets for durable goods, which destabilized employment and sent the local workforce on a proverbial roller coaster ride in search of stability and economic safe haven.

"We're moving toward more services, although manufacturing remains strong in a different kind of way," says Dr. Kenneth Louie, director of the Economic Research Institute of Erie and associate professor of economics at Penn State Erie, The Behrend College. "Manufacturing in high-tech areas suggests a policy implication for Erie, which is that we want to emulate that trend toward a more high-tech kind of manufacturing environment. Just relying on old manufacturing sectors will not allow us to boost prosperity and growth as much as if we were to attract, cultivate, and nurture high-tech sectors."

The recession of the early 1980s and the most recent recession ending in 2010 had a more devastating effect on local manufacturing than other recessions since the end of World War II because it meant the permanent loss of jobs as opposed to temporary slowdowns in the rate of growth within the manufacturing sector, which had been routine throughout the late 20th century.

"We had a cataclysmic drop in manufacturing during the first decade of the 21st century," says Bruce Katz, vice president of the Brookings Institution and director of its Metropolitan Policy Institute. "Manufacturing is clearly one of the most innovative sectors of our economy. It's technologically one of the most sophisticated sectors of our economy. It's not a big job generator itself, but it has all of these reverberating effects, very positive multiplier effects, for the rest of the economy."

Manufacturing in Erie County has been replaced as the top local industry over the course of the past four decades as health care and non-manufacturing industries like retail, leisure, and professional business services filled the void left by the scaling down of traditional manufacturing like machinery, transportation equipment, and furniture production.

The rise of non-manufacturing industries is also due, in part, to a shift of legislative priorities at the federal level that positioned metropolitan regions across the U.S. as equals to one another, when in fact the unique manufacturing profiles in each region created and exacerbated the problems of industrial decline in different ways.

"Both Democrats and Republicans undercut the commitment to manufacturing in the United States and probably reinforced the offshoring that went on for quite some time," Katz says. 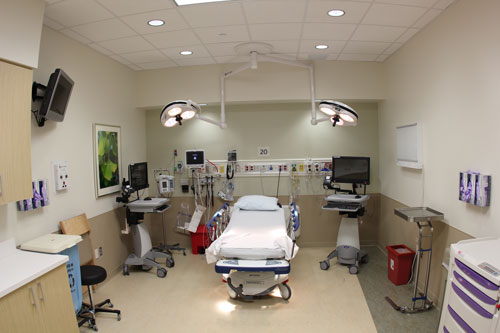 Today, health care and social assistance agencies comprise more than 16 percent of employment in Erie, making it the largest sector in the region.

Although manufacturing remains the second largest employment sector in Erie, it still boasts the greatest financial return, accounting for more than 23 percent of the county's industrial income and placing Erie's income from manufacturing at more than twice the national average.

"Improvements in labor productivity locally reflect a national trend," Louie says. "So while we need fewer human resources in manufacturing, we're continuing to produce greater and greater value of output because of the method of production."

This is perhaps the most important note with regard to Erie's industrial future. If you're looking at the industrial landscape from a return on investment perspective, manufacturing holds the greatest promise in terms of wages and the multiplier effect of those wages throughout the community. Health care and local government represent the second and third largest generators of income in Erie.

But manufacturing may not look as it always did, dotting the Erie horizon with smokestacks that sit upon massive industrial footprints. Instead, it may mean that Erie manufactures new technology for the health care industry; it may mean that Erie adopts what the Brookings Institute calls an "advanced industrial" profile rooted in STEM knowledge occupations as well as technological research and development; or, it may mean that startups, like AcousticSheep, LLC, expand into creating products in concert with other sectors of the Erie economy, creating jobs and raising the region's technology profile.

AcousticSheep, LLC manufactures and distributes headphones that are built into patented headbands for high-impact activities like running and low-impact activities like sleeping, under its RunPhones and SleepPhones brands, respectively. Wired magazine named its headphones one of the top products at this year's Consumer Electronics Show in Las Vegas.

Wei-Shin Lai, M.D. is the CEO of AcousticSheep, LLC. She recently blogged about why the company she runs with her husband, video game developer Jason Wolfe, is a better fit for Erie than it is for Silicon Valley.

Lai celebrated the benefit of "easy-going employees who not only understand teamwork, but truly pull together in such a way that we have a multiplicative effect (the synergy that you hear about but rarely experience)." She also credited the local business support community, including the Erie Technology Incubator at Gannon University and eMarketing Learning Center at Penn State Behrend, among many others, as keys reasons for her company's success.

It's this kind of collaboration, says Katz, that will allow manufacturing to flourish in the 21st century.

"I think that all places that have had a manufacturing past, particularly those that had an ecosystem of not just companies – but companies, universities, training facilities, private sector leadership – that ecosystem can be revived," he added. "The U.S. seems poised for a manufacturing renaissance and places like Erie can participate in that, and already are, because of your location and legacy assets."