The British band that defines the term "Party-Punl" lays down twelve tracks that are less about dancing and drinking, and more about heartache and relationships. 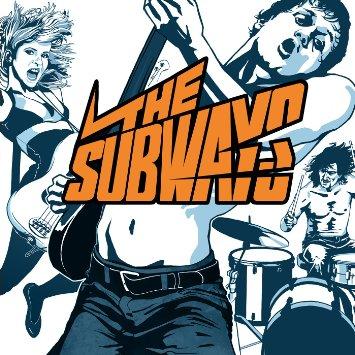 The British band that defines the term "Party-Punk" lays down twelve tracks that are less about dancing and drinking and more about heartache and relationships. But it's okay: These tracks still rock out with three-chord, Green Day-influenced fun. The break-up song, "Taking all the Blame" cooks along at a bouncy 220 beats per minute, while "I'm In Love and It's Burning In My Soul" is full of rock 'n' roll happiness. The Subways are best when they really make an effort at kicking some can. They hit the mark with "Twisted Game" but miss it spectacularly with the repetitive pseudo-ballad, "Because of You." There's not too much about The Subways that you can't find a hundred other bands doing, but the lyrics that frontman Billy Lunn comes up with about relationships on this album somehow ring truer here than the lyrics of nearly any other punk or punk-inspired band you can find… except maybe The Buzzcocks… or The Ramones… or The Pogues… – Bryan Toy