The "Tennessee Whiskey" singer comes to the Erie Insurance Arena 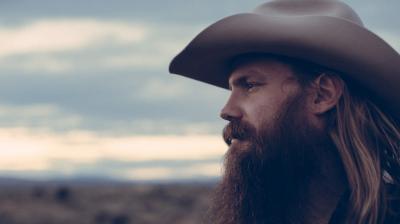 Modern country music radio can be treacherous and often pop-infested waters for some listeners. But even for the skeptics, there's a diamond in the rough and that shiny gem right now is Chris Stapleton.

He covers the "outlaws" and writes his own songs. And for one night only, he is bringing his "All American Road Show" to the Erie Insurance Arena. Joining him on will be special guests Brent Cobb and The Marcus King Band.

With three studio albums as a solo artist, he has a long list of songs for his fans to enjoy live. His eight singles, including his rendition of "Tennessee Whiskey," will surely be a part of the evening. Perhaps he'll throw in "If It Hadn't Been for Love," a song he wrote while a member of The SteelDrivers and which was later recorded by Adele. Then there are more requests like "More of You" from his first solo album, and "Traveller." No matter what Stapleton plays, fans — and those who got dragged to the show by their girlfriends — will experience the soulful voice, relatable songwriting, and memorable performance he is known for.

Since releasing Traveller in 2015, he's been nominated for 10 Grammy Awards and won five. But before his massive solo success, he worked as a songwriter and had over 150 songs recorded by a slew of country artists including Kenny Chesney and Luke Bryan, and also wrote for soulful artist Joss Stone. But perhaps his greatest mainstream moment was when the artist teamed up with Justin Timberlake for the song "Say Something," with Stapleton on vocals and guitar. That alone is reason enough to snatch up some of the few tickets left for the Thursday night performance. — Marie Turko