AGT turns out voters with Twitter. Could this trend in favor of democracy? 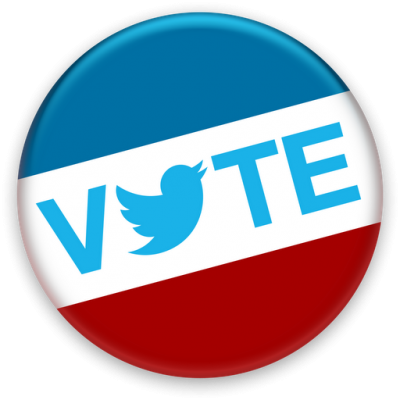 As the co-founder of Napster and the first president of Facebook, Sean Parker is uniquely qualified to talk about engagement on social media.

For the past few years Parker has been making public pleas for a startup to boost voter engagement in local and congressional elections. At SXSW in 2012, Parker appeared on stage with former vice president Al Gore to discuss the state of democracy and the role that technology will play in revitalizing the American electorate.

The Center for Voting and Democracy reports that midterm elections have, on average, a 20 percent drop in voter turnout from presidential elections years. Just 42 percent of registered voters went to the polls in 2010. This trend has been consistent since the end of World War II.

Social media and the second screen crowd are abuzz with the public voting for America's Got Talent. The show's 16 million viewers pumped out more than 117,000 tweets during the show's semi final round last night. The addition of voting by twitter raised viewer engagement with the show more than 8 times its normal level, according to Twitter.

It begs the question of when and how social media might be incorporated into the electoral process. Many people might ask if it's even worthwhile to engage people who choose not to take the short trip to the polls each November. That's a debate for another post.

We can surmise, however, that many elected officials are not overly concerned about public engagement in the electoral process. High voter turnout is an agent of change and incumbents tend to be change averse, now matter on which side of the aisle they reside.

We also know that the age of voters in midterm elections trends elder. The majority of voters in 2010 were over the age of 50. They're probably not interested in activating their twitter account to deliver their ballot.

Nevertheless, we've entered an era where our president honestly referenced Blackberry as a technological device rather than an agricultural commodity and the American voter was all to happy to consider that progress.

The struggle continues to be connecting people to their elected officials. The scale of change doesn't have to be eight-fold. An additional eight percent would be worth tweeting about.