The Uncertain Future of the Land and Water Conservation Fund

Congress has offered a short-term reprieve, but there's more work ahead if we hope to protect regional recreation sites. 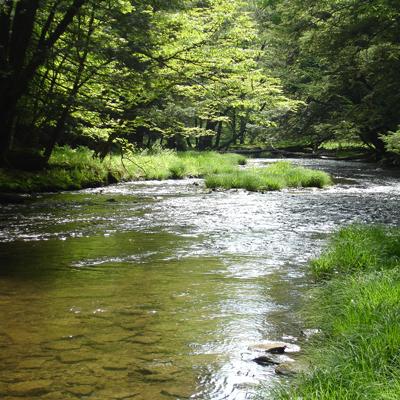 There was a lot of horse-trading going on in the waning days of this congressional session, and one trade-off will have long-term implications for land conservation. Included within the omnibus appropriations bill that members of Congress passed in late December was a three-year reauthorization of the Land and Water Conservation Fund (LWCF) with $450 million set aside for conservation and recreation projects.

But on the other hand, Congress also lifted the oil export ban, which could potentially lead to the loss of over a million acres of wildlife habitat to meet the new demand for oil production. America has had a 40-year ban on exporting oil, mainly because we imported so much, but this all changed with the domestic fracking boom. This makes the need to permanently reauthorize and fully fund LWCF at its $900 million funding level even more important.

LWCF is the program that has helped us to protect our most precious places for conservation and recreation. A visionary Congress that recognized the value of healthy outdoor recreation activities created LWCF more than 50 years ago. Conserving our most precious landscapes was a worthy goal. More importantly, they understood that investing revenues from the use of non-renewable natural resources – offshore oil and gas extracted from federal waters – into these conservation and recreation projects was logical.

Since it was enacted, LWCF has protected some of our nation's most iconic parks and historic places, conserved essential wildlife habitat, and provided active outdoor recreation opportunities through thousands of local parks in virtually every county in the nation.

Most residents of northwest Pennsylvania probably don't even know that many of their favorite outdoor recreation sites are most likely available thanks to LWCF. In Congressman Thompson's district, recent funding has been used to renovate the boat ramp on East Avenue, fund the community park in North East Township, and provide funds for Wander Park in Millcreek Township.

However, Congress let LWCF expire in September 2015. Therefore, it is critical they reach an agreement to continue this valuable program. Supporters of LWCF across the country voiced their frustration about losing the program and the potential implications to conservation and recreation. In Congress, there has been broad, bipartisan support for reauthorization of the program in both the House and the Senate; and yet some in Congress held up the reauthorization process, claiming that this highly effective program needed to be "fixed."

Including a three-year extension of LWCF in the omnibus appropriations bill will help to keep the program alive and working, but it does not solve the long-term need of providing permanent, full funding. This will now be even more important with the potential of expanded energy development to support the newly allowed oil exports. It is critical that Congress get to work to permanently reauthorize LWCF and to fend off efforts to weaken the conservation and recreation purpose of the law by placing heavy restrictions and red tape on the remaining resources for land and water conservation.

After 50 years, there is always room for some updates to make a program like LWCF even more effective for its fundamental mission. A bipartisan group of senators has developed legislation that makes needed adjustments to LWCF, but stays true to its conservation legacy; there is matching legislation in the House. Other proposals would simply reauthorize the program permanently and ensure that the full $900 million that is supposed to be available for conservation and recreation is appropriated every year.

I hope that Congressman Thompson will recognize what a valuable tool LWCF has been in our region for such a long time. I encourage him to stand strong in support of a Land and Water Conservation Fund reauthorization bill that allows this highly successful program to continue to conserve special places across America for hiking, fishing, hunting, and playing ball.

Our communities deserve this thoughtful approach, and our children and grandchildren will thank us for our foresight in helping to conserve our precious landscapes like Pymatuning State Park.

If you believe as I do, that Congress needs to quit diverting the $900 million in royalties paid by energy companies drilling for oil and gas on the Outer Continental Shelf to uses other than creating and protecting national parks, national wildlife refuges, and national forests; and to provide matching grants to state and local parks and recreation projects, then it's important that your elected representatives hear from you.