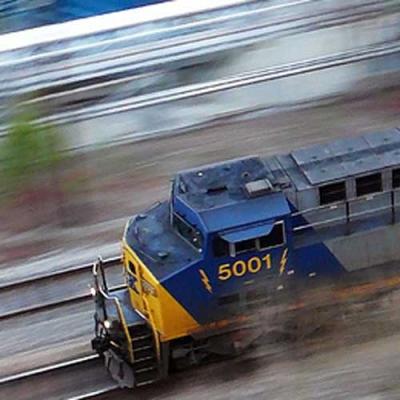 For the third time in the last decade, FBI agents have come up empty handed (literally) in the search for Jimmy Hoffa's remains.

Let's face it, folks: it doesn't take a genius to know what happened to him. Hoffa, the former head of the Teamsters, was involved in organized crime, and he was last seen on the night he was to meet with reputed Detroit mob enforcers.

But aside from that, what is most interesting is that we utilized federal dollars for this project. Federal. Remember that sequester thing that's been popping up in the news over the last several months?

Locally, the Erie County Department of Human Services estimated that it would lose $1.9 million to $2.7 million in the 2013-2014 fiscal year because of sequestration, meaning the agency will likely have to cut programs and provide less services.

But how does that compare to a body that's been missing for 38 years? And, folks, the "Still missing and presumed dead Hoffa," would be a hundred years old today.  About the only thing he'd get today would be a happy birthday from Willard Scott on "The Today Show."

It ain't over until…

This applies to the current debate that revolves around General Electric and Local 506 of the United Electrical Radio and Machine Workers in the ongoing discussion that could eliminate 950 local jobs. Individuals and groups have started to point fingers at unions in general and whether they're still good for the community.

You may find this ironic, but as a Republican, I support unions – when they work. They were the ones that helped to create our middle class. And when effective, they help to increase wages and security of their members.

In this instance, the potential loss of jobs is related to the productivity of the employees of the union – GE transportation claiming that workers at the new plant in Fort Worth, Texas are 20 percent more productive than those at the century-old plant in Erie.

However, in a union study conducted recently, it was found that Erie GE workers were actually more productive than their counterparts in Texas. Yet, GE holds to its claim and cites that that information was also based on performance from January to April, when Fort Worth was in its early ramp-up phase.

According to the study, the Erie plant was more efficient in the production of motorized wheels for off-highway vehicles – and last year helped make the company over $1 billion. Union leaders represent 3,500 individuals at the plant – and while they're willing to concede to changes, they're not in agreement of a wage freeze.

On Saturday, June 22, the union rejected what the company claimed was its final offer. Had they agreed, the offer would have preserved more than the 375 jobs originally proposed to be cut, decreased the length of a proposed three-year wage freeze, increased voluntary retirement incentives, and would have included an investment in the Erie community.

The five-member bargaining team from the union instead wants the company to reverse its plan and save all 950 union positions. They submitted a counter proposal the night of Saturday, June 22 that would retain all the local jobs and would still save the company $20 million.

They way I hope to see it, is that these talks are still going on by the time you read this – or they've reached a resolution that's not as painful as what we've been anticipating as the impact will be felt far beyond the walls of the plant. We all knew this was coming – it's just unfortunate that it could happen sooner than we expected.