The on-going saga of the RCWE audits. 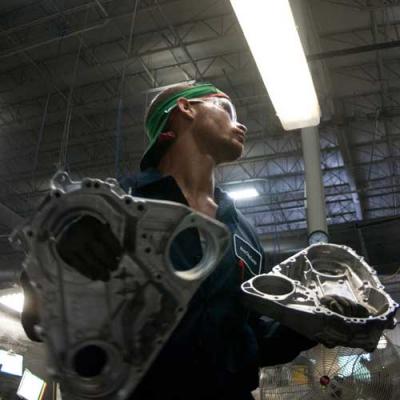 All in good time.

This phrase comes to mind in light of the financial issues that have recently cropped up with the Regional Center for Workforce Excellence (RCWE).  In 2009, the RCWE purchased a downtown Erie office building, the former Sumner E. Nichols Building situated at the corner of Eighth and Sassafras streets, in order to save rent for both themselves and the Northwest Pennsylvania Workforce Investment Board (WIB), an organization whose finances RCWE handles.

However, the RCWE has come under fire for this decision as the Governor's Office of the Budget launched an audit, questioning its legality, in April 2012 of RCWE's operations, which is expected to be completed later this summer. While scrutinizing organizations and their spending isn't a bad idea, going after RCWE in this instance seems to be barking up the wrong tree, possibly deterring local potential and growth in the process.

According to its website, RCWE serves as the staff support and fiscal agent to the Northwest Pennsylvania Workforce Investment Board (WIB).  RCWE's mission is to connect people with jobs through collaborative workforce development efforts and partnerships with various sectors in the Northwest Pennsylvania region. The RCWE cooperates with state officials in providing regional employers with vital labor market data, delivery systems that address student and worker needs, and assistance in coordinating recruiting and training efforts.

When RCWE was located in their previous space, the Lovell Place complex, the organization paid rent upwards of $375,784 annually – specifically, this was the annual rent for the final year of the 10-year lease agreement RCWE had at Lovell Place.

According to Michele Zieziula, CEO of RCWE, "Back in 2007, we conducted an analysis on our organization and recognized we were losing money every year at the federal level. We developed a capacity plan that would help us become more self-sustaining. And the board adopted it."

As part of that plan, instead of renewing the lease, the group decided to purchase its own building in hopes of becoming more financially viable and ultimately once paid off would be able to put that rent towards workforce development programs – such as training programs for dislocated workers or providing more educational resources to employers and potential employees – instead. "We figured if we were paying that to ourselves, we would be saving quite a bit of money instead of paying an outside landlord."

Under allowable use of federal funding, the RCWE isn't permitted to purchase capital and must rent instead; therefore, they created their own holding company, which would purchase the building and to whom RCWE would pay rent. In the end, that rent would become $0 once the building was paid off, and because RCWE owns the holding company, that money could then be put into resources instead of rent.

In addition, RCWE's current rent is $375,000 annually – less than the final year of rent that was going to Lovell Place. And while Lovell would have offered a lower rent payment in agreement for a lease extension, it still makes more financial sense to me to put the money back into the holding company in order to provide better programs in the future.

Where the issues came in is when RCWE realized that some necessary renovations were going to cost more than had been budgeted and outlying counties started to become concerned at the possibility that funds allocated for programming may go to unforeseen renovations.

"I have rural counties that we serve who actually feel that I focus on Erie too much," Zieziula said. "They feel that they lost out on training. The NWPA Careerlink  improves access to information such as job postings and resumes and provides an array of assessment, training and education services to jobseekers and youth. And Erie's is one of the largest in the Commonwealth, so it was very important to us to make sure that that one is functioning and ultimately successful."

But there have been many upsides during this process.

"Through this, we were able to consolidate to one contractor system across six counties where we share services, best practices, and staff," she added. "We were also able to become far more efficient. Individuals feel like they have a continual connection to our organization and they feel like they're going into a professional office setting instead of a government building."

In terms of total workforce development services provided in Erie, the number for this fiscal year (2013) stands at 75,764. This number is up from 60,316 in 2012. Out of the 75,764 total services, the Workforce Investment Act (WIA) staff accounted for 25,695 services. In addition, the WIA registrations jumped up in Erie from 309 in 2012 to 323 in 2013, and while this jump does not seem enormous, it does show that the move of consolidating contractors did not have a negative impact. Our overall WIA registrations jumped from 568 to 658, region-wide.

The airport expansion runway and the remodeling of the Civic Center both have yet to see a return on investment, but in regards to these projects, we understand that growth and development takes time. Perhaps then there shouldn't be so much backlash in regards to RCWE's plan either – and maybe we should look at the RCWE in the same light. After all, it's the true definition of an investment – something that may be profitable or useful…in the future.