The March on Washington and the Great Divide 50 Years Later. 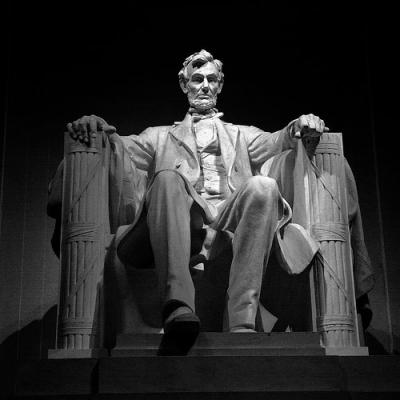 On the 50th anniversary of the March On Washington and the Rev. Dr. Martin Luther King, Jr.'s iconic "I Have a Dream" speech, thousands of people descended upon the Lincoln Memorial Wednesday, August 28. I happened to be in Washington, D.C. that particular day, and although I didn't have the opportunity to attend the event, I was able to watch the activities from my hotel room. And I found the fact that I had a chance to see the speech Dr. King gave exactly 50 years to the day – at almost precisely the same moment it occurred – a priceless opportunity.

During the events surrounding the day, the granite structure of the great emancipator loomed in the background. Several orators offered their respective tributes – Dr. King's family, former presidents, actors, and more, yet President Barack Obama's speech, while paying tribute to the nonpartisanship that underscored the March on Washington half a century earlier, also drove home the partisan essence of the event – even using Dr. King's own words, "The arc of the universe may bend toward justice, but it doesn't bend on its own," which was a targeted statement to Republicans.

Interestingly enough, during the speech 50 years ago, Republicans and Democrats stood collected – shoulder to shoulder – demanding equal rights for African Americans. However, during the activities of the past week, the two groups barely interacted with each other. Not a single Republican elected official stood on the steps alongside previous presidents, activists, lawmakers, and actors.  All were invited – but each one declined due to scheduling conflicts or ill health.

Each party organized its own events, delivering its own views of the dream.  House Speaker John Boehner held an event to commemorate the march last month, and Republicans gathered on Capitol Hill to host a separate luncheon honoring the march. And while there was clear and repeated statements from both sides that this was not a partisan event, it's clear that many of the central issues that plague Americans today – voting rights laws, high unemployment rates, immigration reform – still push partisan buttons.

Today, both sides state that unification is needed to fully realize Dr. King's dream, yet, the way I see it, either show few signs of wavering – neither group showing compromise and both believing its way is the only way.  This isn't a new issue – and it's something I've written about before.

And while our current president faces a Republican-controlled House of Representatives and a Senate, while more Democratic, barely more friendly, he has been largely unable to drive considerable legislation since he officially took office back in 2009.

There's no doubt that 50 years later, the U.S. has seen great progress; but the last several years have been marked with moments of great divide across both race lines and party lines. And at some point, we all need to stop doing what is in the best interest of ourselves and work collectively towards the greater good of all. If a half century ago, these two parties with differing philosophies and ideals could unite during one of the most divisive times our country's seen – to recognize a necessary unification to further the evolution of our country in the name of basic human equality – they certainly can unite now to resolve pressing issues, lest the good of the people be sacrificed for the pettiness of the few.