The Way I See It: A Look at the Upcoming Local Elections and Why Turning Out to the Polls Matters

Will we see a change in voter turnouts come Nov. 4 elections? 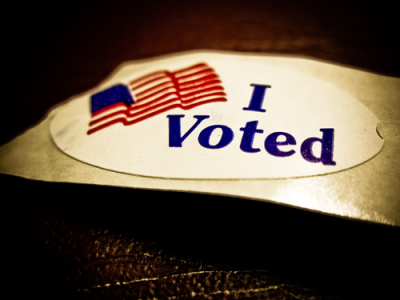 With the upcoming Nov. 4 elections nearly upon us, please take a moment to read the following public service announcement. While it isn't novel or new, the message is pertinent — dire even. And could be life changing.

If you've observed the trend over the years, headlines the days after every single election for local media all bring the same, disparaging news: "Erie Precincts See Low Turnout," "Turnout in Erie, Outlying Counties, Low," "Primary Turnout Low" and so on.

Whether you realize this or not, we are saturated with complacency. We go into most election years knowing this, and yet, somehow, we don't change.

I, personally, do not and will never understand this. I listen to conversations, read stories and posts, and watch news coverage that continually spews negative and biased opinions about our elected officials, the decisions they make, and the issues they vote on, but almost every single election cycle, we have at best, a sluggish turnout – upwards of 21 percent locally and 40 percent nationally. Other countries are trouncing us – with turnouts as high as 90 percent, even during midterm elections.

Nationally, this election year, all 435 seats in the United States House of Representatives are up for grabs, and in our area, one of the two is the 3rd District House seat that represents Erie and outlying counties of NW Pennsylvania. Two-term incumbent Republican Mike Kelly is running against a newbie to the field, Democrat Dan LaVallee. While both have local relationships, neither have roots in Erie.

Kelly has some advantages, however. He serves on the House Ways and Means Committee, which is the oldest committee of the United States Congress and is the chief tax-writing committee in the House of Representatives. A post like this is generally not seen in first (or even second) term officials. And he also has the advantage of incumbency.

LaVallee is a former deputy director for America's Health Insurance Plans. He supports eliminating "fraud, waste, and abuse" in federal programs, such as Medicare; raising the minimum wage; and believes his youth is an advantage and will help create a different kind of leadership.

Want to know more? They're both scheduled to take part in a televised debate Oct. 30 at the WQLN-TV studios.

In this election cycle, Governor of Pennsylvania is up for grabs. Incumbent Tom Corbett is running against three challengers, but the only candidate with a legitimate chance of beating Corbett is businessman Tom Wolf. Corbett became one the most vulnerable governors in history over the past couple of years due in large part to education cuts and the Penn State sex abuse scandal.

As that gap continues to close, this win will likely come down to which individual can best motivate his base to get to the polls.

Other races of local consequence in this election are Glenn Thompson running against Kerith Strano Taylor for 5th District, U.S. Congress, and the only actual local candidates in this election are Ryan Bizzarro up against Luke Lofgren for the 3rd District Pennsylvania State House.

Lofgren, new to the political scene, has said that if elected, he would reduce restrictions on businesses to allow for more innovation. He was also recently endorsed by John Hornaman, Bizzarro's predecessor, who originally supported Bizzarro. Hornaman said he believes Lofgren will offer a more serious and mature approach to being a public servant.

As a first-term representative, Bizzarro has been the sole sponsor of several bills since he started in office. Some of these house bills include: HB 2180, which allows for special veterans courts, and HB 2007, which addresses elder abuse through powers of attorney in Pennsylvania.

I know this because he posted a photograph on Facebook posing with a number of these bills. But additionally seen in the photograph is a postcard of Hornaman that was produced during Bizzarro's first election, showcasing Hornaman's support of Bizzarro at the time. The photo was captioned with the quote "enough said."

Another sad state of affairs? Candidates who run unopposed.

A recent Gallup Poll indicated that Congressional job approval rating, which over the years normally fluctuates between 40 and 60 percent, has continually moved lower with ratings reaching the lowest level on record, a staggering 11 percent earlier this year.  But even with those ratings, upwards of 90 percent of those house members are re-elected each and every election.

As a result, for better or worse, Democrats Flo Fabrizio and Pat Harkins will slide into another two-year team in the state house – with no challenger in sight.

So, there you have it: A brief synopsis of some of the candidates, and a public service message. Want to know more about them? Just use Google, talk to friends, and write in to local media. There's a wealth of information out there – if you care enough to look for it.

History, though, suggests we'll read those same headlines in the days after the election. Do yourselves – and everyone – else a favor and show up at the polls Tuesday and vote, giving headline writers something new to report.

After all, your future depends on it.

Love? Hate? Agree? Disagree? I want to hear from you. Email me rStvyn@ErieReader.com and follow me on Twitter @rStyn.