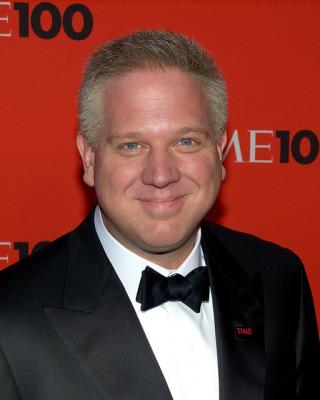 As Erieites, we have all become very familiar with the Kanzius Cancer Research Foundation. We all know inventor John Kanzius developed a method that has the potential to treat virtually all forms of cancer with no side effects and without the need for surgery. And we should all know the current mission of the Foundation is to create national and global awareness of the potentials of this treatment and to raise funds to help accelerate the speed at which research progresses through human trials.

To break it down further, a small fleck of gold or carbon is put into an antibody and injected into the system. Within minutes those nanoparticles find their way to the cancer and insert themselves into the cancer cells. The body is then treated with radio waves, which have no effect on the healthy cells; instead they heat and therefore expand the nanoparticles and literally burn up the cancer cell, causing no side effects. Again, no side effects.

A treatment that doesn't damage healthy cells and has no side effects. Can you even imagine?

You all know someone in your life that has battled cancer – perhaps you've even fought your own battle against it. Whether you or a loved one has suffered – and hopefully survived, having gone into remission or beat the disease – you all still understand the horrid toll that radiation and chemotherapy take on one's physical and mental wellbeing. And on some level, you have all seen in some form the intense pain and suffering one goes through during treatment and how powerless you are during that time. Knowing these experiences, you can only begin to imagine the idea of a treatment with no side effects.

Which brings me to my next subject: Glenn Beck. (Do not stop reading).

Glenn Beck will be the keynote speaker for the Faces2012 conference that the Kanzius Foundation will be hosting the weekend of October 26 to 28. A polarizing force in today's media, Beck voices conservative messages that draw both praise and scorn from both sides – supporters praise him as a constitutional champion defending traditional American values, while his critics contend he promotes conspiracy theories, supports anti-democratic ideas, and uses inflammatory rhetoric for ratings. Since the Foundation's announcement, I have seen and heard many individuals threaten to stop donating or stop supporting the organization altogether.

I feel like this is a temper tantrum for adults. Nobody said you had to like Glenn Beck. But, why are you going to waste your energy hating him? As a tolerant and open-minded society (ahem), we should be putting this into a better perspective.

Beck himself has a history of supporting cancer research. Over the years he has worked with Jon Huntsman and the Huntsman Cancer Institute to help raise money for the organization. And just like each of us, this disease has affected his family and friends. And now he wants to help us.

John Kanzius once said, "Cancer does not discriminate. It knows no nationality, no creed, no gender, no age. It affects all of us alike, not discriminating who or where you are, rich or poor alike."

Cancer doesn't discriminate. And in this case, neither should we.

Love? Hate? Agree? Disagree? I want to hear from you. Email me at rStyn@ErieReader.com.