A look at term limits. 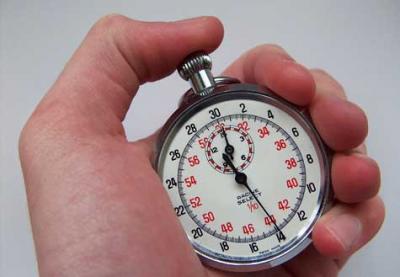 This past July, Erie County Executive Barry Grossman stated he planned to approach County Council to consider a three-term limit for some county officials.  He made those plans a reality when County Solicitor Ronald DiNicola recently presented Grossman's proposed ordinance at County Council's finance and personnel committee meeting.

Just to give you an idea of what's in it – should you not already know – Grossman is seeking to limit county executives and council members to consecutive terms in office starting in 2013. Any current officeholder will get two additional consecutive terms under the law; in county office, this is still a total of 12 years, which is longer than any position I have held throughout my career.

Previously, Grossman stated that that he would like to see this apply to the county's other elected offices, including district attorney, sheriff, controller, clerk of records, and coroner. However, these roles are currently not part of the proposed ordinance.

What Grossman wants to see is this ordinance placed on the ballot and for the voters to decide. Current County Councilman Joe Giles, alongside other members of council, has requested a month to review this ordinance, which, ironically, would most likely put them past the current election cycle.

And if I was Joe Giles, I can see why he may be a little nervous. Statistically, whenever term limits appear on a ballot, they prevail overwhelmingly. In the 23 states that have the Initiative Process (where voters can petition to place issues on the ballot), 21 states have voted for – and won – term limits. Although Pennsylvania, overall, is a state that does not have this "Initiative and Referendum Process," in 1914, advocates succeeded in persuading the legislature to pass a law allowing the Initiative and Referendum Process in third-class cities – of which we are one.

If this ordinance is turned down, Grossman has said he would pursue a petition drive to put the issue before the county's voters in 2013; this drive would require more than 8,500 signatures from Erie County voters.

I don't know about you, but I am a huge fan of term limits. Period. I think every political office that helps to create policy - and every institution that boasts a governing board in some capacity – should have them.

The way I see it, term limits are a win-win; here's a list of what you can all expect to see by limiting the time one spends in office: term limits drive out career politicians; they help to increase competition; they encourage citizens to begin voting on principle – not person; they help voters hear about new and fresh ideas; they create a natural reduction in wasteful spending; they encourage new challengers to step up; they create greater voter participation in elections; and they downgrade seniority and favor meritocracy.

Naturally, there are always cons, such as possibly reducing the range of voter choices, the loss of knowledge and experience, and potentially terminating the good politicians along with the bad.

However, by limiting county terms, we increase transparency, bring more accountability to the way the county spends money, and increase overall responsibility amongst its members.

So, how do you see it? Do you think term limits are good for local democracy because they allow others to participate in government – and stop career politicians – or, do you think they force talented and popular leaders out of office to only be replaced by inexperienced politicians?

Many of you reading this will ultimately determine this outcome. If it doesn't make the ballot, it will take a concerted effort to see if the petition drive would have enough widespread appeal to gather the necessary signatures. I know how I see it; how do you see it?

Love? Hate? Agree? Disagree? I want to hear from you. Email me at rStyn@ErieReader.com