The Way I See It: "Not In My Backyard" Wins Again 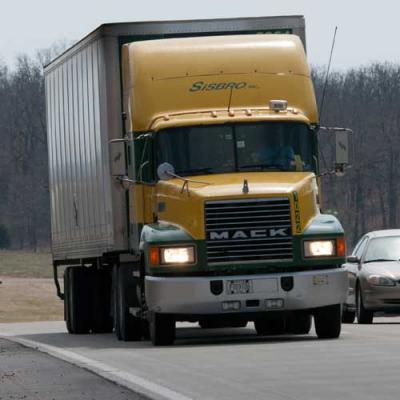 Based on what seems to be solely public opinion, Erie recently found out that Harborcreek Township was deemed unsuitable for the proposed Erie Rail Terminal project.

Which means that as of now, there won't be a Rail Terminal in Erie. Period.

For those of you who may not know what the Rail Terminal project was, in a nutshell, the project's design was to essentially help businesses grow by making it easier to move freight in and out of Erie, with the hope to entice future import and export businesses to open here. Alongside that, it would have led to immediate job growth, calling on the skill sets of many of our local tradesmen. Subsequently, permanent jobs at the facility would have been created and additional jobs would be another result as businesses would begin growing.

This was a win-win for us. It might have not been in the most ideal location for some, but the truth is, there was never going to be an ideal location. Ever. Instead of looking at the greater good and to the future, most of these residents looked at what would affect them – personally. Many approached it with a NIMBY (not in my backyard) reaction, claiming it was a great project, but it should be elsewhere. These types of reactions aren't new to us, so I'm not just pointing fingers at this most recent project failure, but the overall outlook of many of the residents in our county.

DevelopErie Executive Director John Elliott, when responding to media as to why the rail project wouldn't move forward, said Erie is a "risk adverse" community. And he's right; overall, we are afraid of change.

Time and time again, I see potential growth trampled down. What pains me the most about projects like these, is that it's usually not a majority of the individuals that help kill them, but rather a smaller, but louder, minority. And those louder ones often don't have the best interest of the greater good at heart – rather the select few. And when this happens, projects like these get squashed.

The fact is, many of these residents have very valid concerns, however those concerns would have been everywhere – and they could have ultimately been addressed. Public safety being one of them. What many individuals don't realize is those taxes I mentioned earlier could have been used to improve roads and emergency response times – by taking that money and investing it in public safety.

The truth is, there is never going to be a perfect location for most projects that happen in the world – but that shouldn't stop them from happening. If Erie reacted like this every single time, we would never have seen GE or the colleges or universities or hospitals that exist here today.

Societies need to grow and adapt – and if they don't, they become stagnant. Businesses start to move away. Communities experience Brain Drain.

And Erie certainly isn't an exception to this. I hear individuals throughout our city and county constantly complaining about how their children leave and don't come home. They want public officials and government to create jobs – reasons for them to stay or come back. But government doesn't create jobs. Individuals and businesses do.

Government can create the environment to help attract businesses – but after that, it's really up to us. And unless projects like this recent one come to fruition, we don't create the opportunity to attract larger businesses – competitive companies – to come and grow here. It's a domino effect, and we all know this. Yet, we continue to remain stagnant, set in our ways, and stomp our feet when things aren't the most ideal – for us.

Access to transportation outlets may be the most important factor to economic development. We must exploit what we are provided with as a city. For Erie, that is roads, rails, and lakes. It may not be the most glamorous of industries, but they are the most vital to our current growth. And if we capitalize on this, then we can start to create the quality of life that we all are craving to bring more of into to our Gem City. And then we start another kind of domino effect – so that once these industries spark, we can then attract and create the businesses that are hipper, trendier, and more glamorous.

The ones your kids want to come home to.