The Way I See It: Privatizing Liquor Sales and the Millcreek School Board

Good news, bad news. Or is it bad news, good news? All good? All bad? Read Rebecca Styn's column to make your decision. 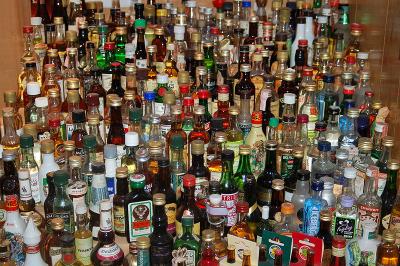 On Wednesday, Jan. 28, Pennsylvania Gov. Tom Corbett announced a plan to privatize liquor stores. Personally, I have always been a huge proponent of the privatization of liquor sales. As many of you know, Pennsylvania is fairly antiquated in many of its processes. In fact, we are only one of two states in the country that have fully state-controlled liquor systems – the other state being Utah.
So, why is this plan a good thing?

Welcome to Costco. I love you.

Privatizing the state's liquor store system would open up sales to include convenience stores, pharmacies, supermarkets, and big-box retailers.

This plan will help create opportunity for economic expansion for private sector employers while remaining revenue neutral for the state. Currently, there about 600 state stores in Pennsylvania and the governor's plan allows for 1,200 wine and spirits stores.

Show me the money

Selling the state liquor stores will provide a boost to the state funds. Through this plan, Corbett has committed $1 billion in proceeds to put towards education funding. The $1 billion will be used to create the Passport for Learning Block Grant, which will provide flexibility to schools, allowing public schools – instead of Harrisburg – to decide what their students need. It will also focus on key priority areas, including individualized learning and science, school safety, enhanced early education, technology, engineering and mathematics courses and programs.

If anyone orders merlot, I'm leaving

Ever go to another state and find a wine brand that isn't sold in Pennsylvania? I have. More often than not. With more stores selling and more competition between them, this will help create increased selection.

Opponents have their say in this too. Those against the plan tout that a privatized system will increase drunk driving and underage drinking. To try to combat this, the governor's plan calls for significantly enhanced fines for selling to minors and visibly intoxicated patrons, with penalties ranging upwards of $10,000.

There is also the potential for job loss.

It's often been said, that private industry tends to run a better business than government. And I think it's time we explored this further.

I'm sure you've heard by now that Millcreek School Superintendent Michael Golde is out on administrative leave citing "personal reasons." This is obviously pertinent news given all the backlash that the Millcreek School Board has received since they approved a $91-million renovation project.

Part of the speculation for Golde's leave was tied to an audit report that the board had been keeping under wraps. However, on Monday, Jan. 27, the board officially released the audit.

According to WICU12 news reports, the audit, which was completed by the firm of Felix and Gloekler, shows the school district ended the 2012 school year with a $3.5-million deficit, at a time when some school officials and taxpayers believed there was a surplus. It also states that last July 23, someone approved the transfer of $5-million from a capital projects fund to the general operations fund. However, the funds were replaced on Oct. 22, 2012 after the audit was underway.

But there could be a cost.  Bond proceeds in the public arena are tax exempt and moving them could impact that status and result in a fine from the IRS.

But the biggest issue may be the failure of checks and balances that permitted the transfer.

As of today, the public hasn't been allowed to ask any questions about Golde's leave. Preceding a closed-door executive session on Jan. 22, the board banned public comment during their open personnel committee meeting.

Just for comparison purposes, on Nov. 20, the Iroquois School Board put Superintendent Sam Signorino on paid leave pending the results of a Board investigation. While the board didn't give details at the time, the public claimed during a board meeting that Signorino had used a district garage to restore a classic car. The public was also invited to share information that was factual and relevant to the investigation with the board and its attorney.