The Way I See It: Sequestration, Pope Francis

For it is in giving, that we receive. 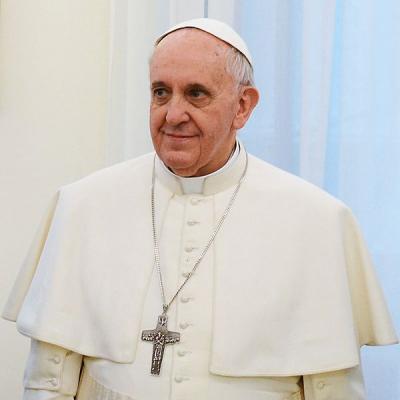 Erie County will likely see upwards of $2.7 million in federal funding cuts to drug and alcohol counseling, mental health treatment, child care, and other programs because of the sequestration process. Overall, it will cut $85 billion from the federal fiscal budget for 2013-14.

Within this last year, we have seen two of the deadliest shootings in U.S. history occur in a Colorado theater and a Connecticut elementary school. Couple that with the continual concerns of the potential rise in violence locally and nationally, I am disappointed to learn these cuts are even an option.

We can whine about our own personal responsibility, or we can face the fact that reducing resources and access to mentalhealth care comes with a heavy price tag.

Locally, Erie County has nearly 2,000 individuals that are homeless. We also have the highest-ever recorded number of unsheltered homeless people –160 individuals – which is four-times as many as there were in 2012. And these numbers include children. On a pragmatic level, we can whine about our own personal responsibility, or we can face the fact that reducing resources and access to mental-health care comes with a heavy price tag.

Many of us have taken so much of our own time, money, and efforts and put them into ideas that don't address these issues head on when we should be focusing on the root of these problems.

Perhaps it's time we looked inward and started putting this energy towards solutions that are proactive rather than reactive.

A man who deeply understands and empathizes emphatically with the issues above has now taken the reigns as our new Pope. Jorge Bergoglio is the first non-European pope in 1,300 years, and the first to take the name of St. Francis of Assisi, who preached the virtue of living in poverty.

From the time he accepted the Papacy, he has been captivating the world with one humble and impromptu gesture after another. Less than 24 hours after he became pope, he seemed to break more rules than his predecessor did in eight years. Read on, Reader readers:

What is unconventional by any papal standard, on the night of his election, Pope Francis paid his own hotel bill and shunned the standard limo ride, instead riding the bus with his brother cardinals. On more than one occasion, he's stood outside the gates of the Vatican to greet those passing by. He's had lunch with his predecessor, Benedict XVI, where he was invited to take the pew reserved only to the Holy Father, but instead, responded to Benedict that they "are brothers" and insisted that the two kneel together in prayer at the same pew. The last time a similar event happened was in 1294.

He started off his first Papal speech with a warmer and friendlier welcome: "Buona Sera" (meaning good evening in Italian), rather than the traditional "Praise be to Jesus Christ" or "Dear brothers and sisters." And he had no words prepared for his first mass, so nobody knew what he was going to say. He celebrated Holy Thursday Mass in a juvenile-detention center not far from the Vatican. During the ceremony he washed the feet of some of the young prisoners as a Christ-like gesture of humility commemorating a solemn moment during the Last Supper when Jesus washed the feet of the apostles.

And we are only a few weeks into his papacy.

What may be the most traditionally-oriented and ritualistic faith in the world of Christianity is now being led by a humble and spontaneous leader. It's a religion that's lost much of its credibility over the last several decades due to the scandals within and outside its ornate walls, so to speak. Perhaps Pope Francis will shed a new light on this sanctioned religion and bring change and growth in a seemingly stagnant and corrupt religious institution. Even his namesake, St. Francis, is famous for the vision of a talking crucifix telling him, "Francis, rebuild my church."

And perhaps, he will accomplish just that. If Pope Francis does indeed continue to address the root of the Church's troubles, perhaps the impact of the global trend of cuts to social services won't be as severe as it looks.

Love? Hate? Agree? Disagree? I want to hear from you. Email me at rStyn@ErieReader.com and follow me on Twitter @rStyn.