"There's Always a Next Thing"

A conversation with journalist Philip Rucker 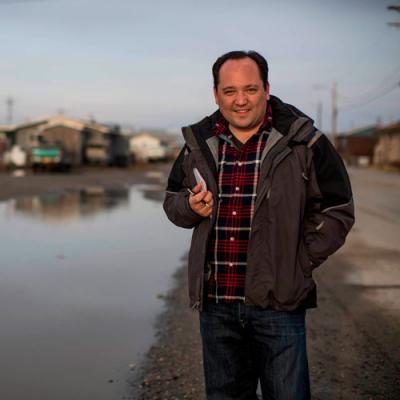 As he prepared to join this cast of Washington insiders at Mercyhurst University's Mary D'Angelo Performing Arts Center, we talked about what it means to be a journalist in the age of Trump and how the profession has evolved in just a few short years.

Jim Wertz: So, you've been a political reporter now for over a decade. As a journalist, what's your impression of the evolution of the professional landscape covering politicians, whether it be at a state level or at the national level?

Phil Rucker: A lot has changed in the decade or so that I've been covering politics. In particular, the news cycle is so fast and immediate. The advent of social media, and in the last couple of years, the central role that Twitter has played in political news has [created] a big shift. Things just happen fast and immediately and right in front of our eyes, and the public sees it in real time, so the challenge for reporters, like myself, is not merely to tell people what happened — because they can see things happening in front of them — but to explain context and to add scrutiny and to ask questions and to try to peer behind the curtain.

JW: Does that speed and transparency pose some dilemmas, if you will, or problems when you're trying to put context to things that haven't necessarily been vetted or fact-checked well, but yet have entered the discussion and popular discourse?

PR: Oh, sure. It's a fast-moving target. We as reporters have to be pretty nimble. We have to be able to quickly tell people what happened and add as much context as we can off of the tops of our heads, but then also devote the time and energy and resources and brainpower, frankly, to following these threads and not losing sight of what's important and not being distracted by the next thing — because there's always a next thing.

JW: I notice that you often share your byline, and I wonder if you find that helpful? That seems to be more common in the last few years. I see more and more shared bylines than I remember 10 years ago. Is that helpful if you're all standing there with your backs to one another looking in different directions?

PR: It is. At the post, we have a pretty collaborative environment, especially on our White House team, but we've found in covering Mr. Trump and this particular administration that pooling our resources, if you will — and what I mean by that is teaming up with colleagues where we have different sources we can go to and different buttons to press and different angles to pursue — that we can get the more complete picture of an event, of a decision, of a moment. I think the readers benefit from that.

JW: How has your approach to covering the White House, covering politics, and covering candidates changed from 2012, when you were on the campaign trail with Mitt Romney, to 2016, when you're looking at a candidate like Donald Trump?

PR: Covering Mitt Romney was a fairly conventional campaign, and his campaign was structured in that traditional way with operatives who have been doing campaigns for a long time. There was a sort of rhythm to the campaign that we, in the media, were very used to and [we] could operate within that structure really well. I thought that things were a little more predictable. It was a very conventional campaign and 2016 was entirely unconventional. I think from the moment that Donald Trump entered the race, he challenged a lot of what we assumed to be the traditional markers of success, and the traditional ways of evaluating candidates.

I'm proud of what we did at The Washington Post. I think we were one of the first big news organizations to treat him seriously as the candidate from day one. Frankly, before he even announced his campaign, we were writing serious stories about the political operation he was trying to build, and we took him seriously and that meant investigating his background at an early period. It meant going out in the country and understanding why voters were drawn to him, and it meant covering his rallies and events with seriousness. But it also meant fact-checking everything he was saying, because he had a lot of misstatements and untruths, and in some cases, blatant lies. And we had to deal with that.

JW: I wonder if there was one thing that you as a journalist have taken away from covering this campaign, or covering this cycle that would apply to the average reader who is trying to make sense of what is going on in the world, and their politics, trying to reconcile what is happening at the national level with what is happening at the state and municipal level? Is there a lesson that you learned that would apply to those folks as well?

"We saw again and again over the course of Trump's campaign, where he would say things that would make a lot of people gasp, but ended up fueling his candidacy in a really powerful way."

PR: One lesson, and I guess this is somewhat obvious because everyone was following the campaign, but there's just been a complete erosion of political correctness in our politics and in American life, and that became so clear to me early on in the Trump campaign. It was a moment for me to realize that there wasn't such a demand for political correctness in that the American people, for whatever reason, were totally fine with a political leader, and someone who could be a role model, speaking that way. We saw again and again over the course of Trump's campaign, where he would say things that would make a lot of people gasp, but ended up fueling his candidacy in a really powerful way.

JW: How did you adapt your process to deal with that? As a reporter, I'm sure you have a rhythm in processing a story and I imagine that you get those curveballs that force you to adapt and change as well. What does that process look like now?

PR: One thing I did is I stopped being predictive in any of my analysis, and that's not to say I was really that predictive before, but it was just a reminder more and more: just report. I have to get out there. I have this great opportunity to see these candidates up close, to travel the country, and I just need to use my eyes and ears and tell the public, tell our readers, what I'm seeing and hearing without interpreting it too much to predict something based on the traditional rules of politics because those rules didn't apply and Trump was completely changing the way campaigns would work and the way people in this country voted. It was a really important moment. I just thought that I needed to get out there and explain what I see and what I hear, and not predict that such-and-such comment would destroy his candidacy. We had no idea what was going to happen. None of us knew.