A sidestep into grunge revival 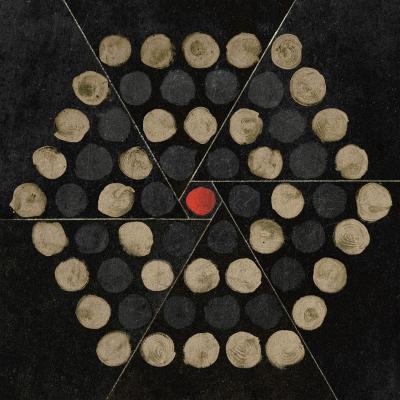 Major/Minor (2011) felt like a turning point for Thrice. Their final album before a five year hiatus, the album polarized listeners and critics, with some calling it the band's best work yet and others finding little to latch onto amongst the record's ever-present Christian themes and distorted foray into grunge revival. Now, exactly one comeback album later (and one that successfully condensed Thrice's eclectic catalog into a cohesive document at that), the band's ninth studio album, Palms, feels like a bit of a sidestep. A common complaint surrounding the aforementioned comeback album, 2016's To Be Everything is To Be Nothing, was that some of the songs were too straightforward, veering into alt-rock territory at times. Granted, the band has been more rock-oriented in the latter half of their career — making them perhaps the only band that can simultaneously emulate Foo Fighters and Radiohead — but they do employ some new tricks here that make for the album's most memorable moments (the vintage synths lining opener "Only Us," the mathy, Minus the Bear-esque riffs of "Just Breathe"). Unfortunately, the highs of Palms' A-side just aren't enough to carry the filler of the album's back half. — Aaron Mook