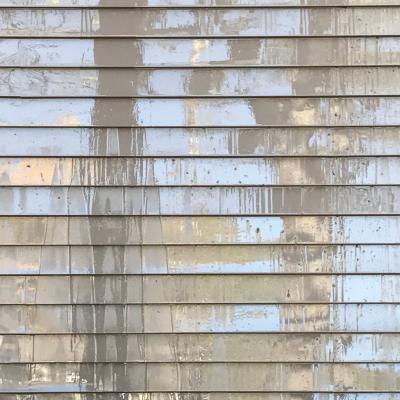 If you ever want to give someone a great recommendation, remember two first names: Fred Thomas. Even though the Ann Arbor songwriter may have a name that easily escapes one's memory, his music is one that leaves an indelible impression. Toiling for years in well-known obscurity, Thomas has a been a bit of a songwriters' songwriter, recognized for his incredible lyricism and illustrative imagery. 2000s-era indie pop fans will know Thomas as the bandleader of Saturday Looks Good to Me. After the dissolution of the band, Thomas went on to record a flurry of albums on his own, finally reaching a watershed moment with 2015's All Are Saved. If you're a fan of insightful, self-aware indie filled with darkness and humor, do yourself a favor and listen to that album right away. Filled with epic ballads like "House Show, Late December," and "Slow Waves," the new tracks lean on Thomas' spoken-word-like delivery. There are brighter pop moments like "Altar" featuring Anna Burch (a duet hearkening back to his SLGTM days), and memorable choruses like the "Good Times Are Gone Again." Continuing that brilliance with 2017's Changer, Aftering does not disappoint. — Nick Warren