Spin is a strange record, a hybrid of some of the band's best material as well some that could get lost in the shuffle. 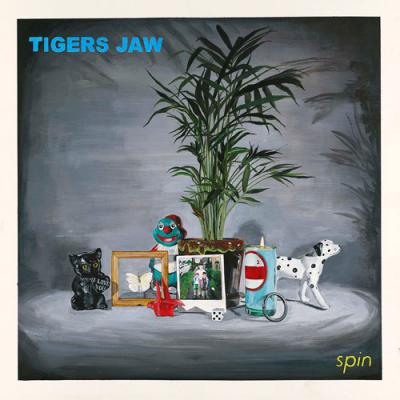 Don't get it twisted; spin is a good album from Tigers Jaw, a band who has historically released good albums in the past. The emo revival band hails from Scranton, Pennsylvania, with the group now only consisting of two members (Brianna Collins on vocals and keys and Ben Walsh on everything else), paired with the fact that spin is the first release ever on the new Atlantic-imprint Black Cement Records, there's a lot riding on this release. And a lot of it works. For the band's fifth studio album, the songs here are more straightforward and hook-oriented than ever before. Collins steals the album's best moments, and at times her songs are somewhat reminiscent of a modern Fleetwood Mac. Put simply, there's nothing wrong with spin aside from its memorability, a factor that has plagued nearly every Tigers Jaw release. Thus, spin is a strange record, a hybrid of some of the band's best material as well some that could get lost in the shuffle of their previous releases. But spin may be the transitional album that leads Tigers Jaw from being a "good band" to a great one.