Time to Choose accomplishes much more than any climate documentary of its kind. 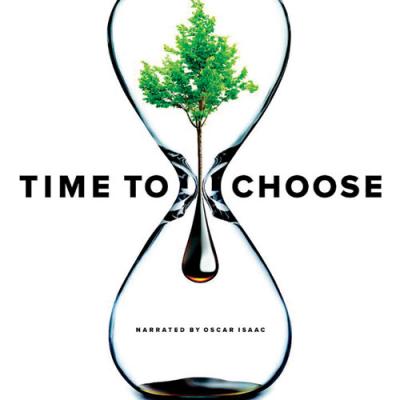 We're all consumers. We eat, we drive, we heat our homes. For most of us, our food does not grow in our own backyards, our cars are not powered by clean-burning fuels, and our homes are not warmed in chilly November by rooftop solar panels. We consume to make things go, and that part's okay – we probably always will. According to film writer and director Charles Ferguson, it's not the "go" that gets us into trouble – it's the choices we've been making to fuel the "go" that have created devastating problems both locally and around the planet.

Time to Choose is as much about the beauty of earth as it is about the effects of our daily actions on our global and local ecosystems.

Time to Choose, Ferguson's third critically-acclaimed documentary, accomplishes much more than any climate documentary of its kind. Presented in themed sections dedicated to the acquisition of major fuel sources, urban sprawl, deforestation, and industrial agriculture, Time to Choose is as much about the beauty of earth as it is about the effects of our daily actions on our global and local ecosystems.

"If we continue with business as usual, warming the planet further, by the middle of this century, we could trigger runaway climate change; a process beyond human control," reports the film's narrator.

The film shows that we don't even have to travel thousands of miles to witness severe destruction – deforestation has been taking place in the form of mountaintop removal for coal in West Virginia for decades. The process is messy, it's ugly, and it kills – plants, animals, workers. But coal is not our only energy choice.

As one film critic states, "It's hard to watch Charles Ferguson's deft climate change documentary Time to Choose and think there's any other choice."

Following the film, there will be an engaging panel discussion featuring Benedictine Sister Pat Lupo, Erie County Executive Kathy Dahlkemper, and Erie Art Museum Director John Vanco. Prior to the film, there will be a special screening of a six minute proof of concept video for Unearth, a feature film directed by Film at the Erie Art Museum host, John Lyons. – Ti Sumner