You ought to do the things contained in this list; that's why this is called the "To Do List." Duh.

by Alex Bieler
View ProfileFacebookTwitterInstagramGoogle+RSS Feed
March 6, 2013 at 10:56 AM 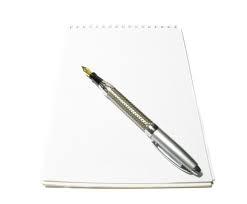 For nearly 50 years, Charlie Brown and the "Peanuts" gang joined families in homes, touching upon topics like faith, depression, intolerance, the law, literature, and whatever else author Charles M. Schultz decided that his characters should discuss while we eat our breakfast or partake in whatever ritual led you to the beloved comic.

While Charlie and his cohorts entertained us for decades, all before they were the age of 9, even the "Peanuts" crew had to grow up eventually.

Enter Dramashop's "Dog Sees God: Confessions of a Teenage Blockhead." An "unauthorized parody" of "Peanuts," the play by Bert V. Royal imagines characters from Schultz's stories as teenagers, and the results make for a nostalgic, yet mature, affair. The play, which runs at 8 p.m. Friday, March 8 and Saturday, March 9 at the Renaissance Center Theatre, located at 1001 State St., centers around a mourning CB (Charlie Brown), who has to put his dog down after it contracted rabies, dealing with life and issues of identity, rebellion, drug use, sexuality, and other teenage issues.

Now, I can understand where the idea of a teenaged "Peanuts" crew dealing with such taboo topics may have some of the more diehard Charlie Brown fans worried, but this play won't leave your head hanging while the Vince Guaraldi Trio plays in the background.

"We tried to steer clear of the after-school special kind of vibe, and I hope that it doesn't feel like it at all," says first-time Dramashop performer Matt Crays, who plays CB in the show. "It's funny, it cuts really close to the heart, it's nostalgic – so I think that people aren't going to be disappointed."

"There are a lot of great moments where you're laughing your ass off, but then right after that, it goes right into something serious," says Theisen, also a first-time Dramashop performer. "Definitely a lot of little winks to the ["Peanuts"] lore. My character is basically Pig-Pen, but I'm actually a germaphobe now." In addition to the Schultz references, Crays also stressed that the show is very respectful to the material that inspired it.

"The gags we do and the comedy is very cartoony and it nods to the original gang," Crays says. "Charlie Brown is still the mopey character and references the raincloud that followed him around.

"We made it more relatable because it's closer in age to us, but [the original stories] are in the back of our minds. I tried to watch as much of the 'Peanuts' gang's stories as I could just to get a better understanding."

After getting to know the 8-year-old Charlie Brown for decades, now you can see him in the next stage of his life. Even better, it costs less than one of Lucy's psychiatric sessions, at the simple prize of $0 to meet up with an old friend.

For some people, it can take awhile before they realize what they are destined to do. For others, a single event can provide all the clarity necessary.

"Every year, the Wilson Jazz Band would come to our school and play for us, and it was just the coolest part of my entire year," Jacob Gordon says to me. "I decided that I really wanted to be in that group, so I worked really hard. It was only once a year, but it was always a very memorable experience."

That memorable experience drove Gordon into the jazz world back in his youth, and now he'll be returning to his hometown of Erie as part of the Wheaton College Jazz Ensemble when they play at 7:30 p.m. Sunday, March 10 at Collegiate Academy Auditorium. Gordon, a senior at Wheaton College, which is 40 miles west of Chicago, eventually became a part of his beloved Wilson Jazz Band in seventh grade, switching from trumpet to bass when his brother informed him that the band was in need of a bassist.

Gordon, who will also be playing with the Green Mill Combo on the night, was also happy to be returning to not only his jazz-loving home town, but also his alma mater.

"It feels great, especially being able to play in Erie again since I haven't been able to play music there in so long," he says. "I think it's going to be really cool to be back, especially at Academy, where I learned so much about music. I know that Erie loves jazz, and we're a group that's really committed to the classics. I know that Erie is a town that, whether it's jazz or classical, is a town that is really devoted to the classical orthodox musical sound, so we're going to give that to them in a jazz setting."

Sometimes a single show can change a person's life. For just $5 at the door, you can see both a return to that original jazz style and a dream that came true.