by Alex Bieler
View ProfileFacebookTwitterInstagramGoogle+RSS Feed
June 26, 2013 at 8:34 AM 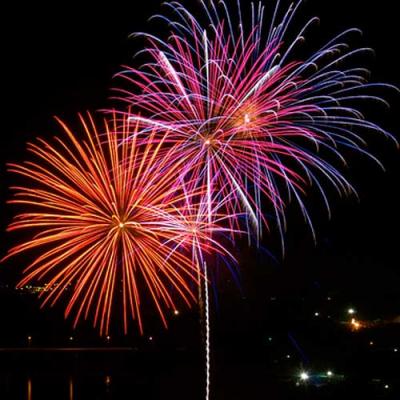 Over two decades ago, a music festival began in the state of New York that brought in the likes of Donna the Buffalo, 10,000 Maniacs, and Rusted Root, much to the rejoice of Empire Staters as well as Northwest Pennylvanians. Located right across state lines in Sherman, N.Y., the Great Blue Heron Music Festival is just a stone's throw away, if the stone landed in the bed of a truck whose driver then drove roughly 40 minutes east on I-90 and I-86.

The festival, which celebrates its 22nd year when it runs from July 5-7, has been around long enough that fans that went as children now bring children of their own to what local bluesman Ron Yarosz once called, "the best kept secret I can think of," a three-day vacation with musical benefits.

"Most of the people who come are veterans," says Great Blue Heron co-coordinator David Tidquist. "We get a lot of the same people every year, and they look forward to seeing each other. People make little communities up there, and it's turned into a reunion for a lot of them."

With over 5,000 people attending each year, the festival has helped develop a lot of friendships, with more and more people becoming Great Blue Heron devotees throughout the decades. It certainly helps that unlike some major summer music celebrations that focus mainly on concerts, Great Blue Heron is a music festival that caters to everybody.

"It's one of the few [festivals] where you can swim and hike and do other things in the outdoors other than being in front of a stage," Tidquist says. "There's a kids' area with around-the-clock entertainment. There's a teen tent for people of that age. Just about anyone of any age is going to find something for themselves up there."

Of course, there will still be plenty of music to enjoy at Great Blue Heron, with over 30 bands flocking to Sherman, including festival favorite Donna the Buffalo, as well as local artists like Ron Yarosz and the Vehicle, Falling Hollywood, Shotgun Jubilee, and Claire Stuczynski, so even if you happened to have missed the first 21 years, you can always become part of the Great Blue Heron Family this summer.

After the success of the Perry 200 Grand Patriotic Parade, you may have noticed that Erie likes to commemorate its history. Take some of the historical fervor around the upcoming 200th anniversary of The Battle of Lake Erie, add a dash of music, a fair amount of national pride, and $140,000 worth of explosive pyrotechnic devices ready to soar through the sky, and you've got the makings of a proper celebration.

If all of that sounds like fun, then you won't want to miss the ECGRA/Perry 200 Commemoration July Fourth Fireworks Extravaganza, all set to help you celebrate Erie and 'Murica in the proper explosive fashion that only flying tubes full of colorants and oxidizers can do.

"There's a whole majestic part of it that we're basically lighting up the county with fireworks," Jefferson Educational Society Vice President and Executive Director Ferki Ferati says. "If you had a plane, you could get up there and see basically our whole county celebrating not only our community's bright history but also our nation's independence. All over the world, fireworks are something spectacular and the human spirit sort of rises when people see fireworks."

In order to help bring the Extravaganza to the whole county, there will be four different locations for people to witness these explosive displays of grandeur this Independence Day. The Burger King Amphitheater at Liberty Park will host three different musical acts before fireworks launch at 9:45 p.m. The Millcreek Parade kicks off the western location's festivities, with the Girard High School Stadium hosting performances prior to their pyrotechnics start to fly. In the southern part of the county, the Waterford Fairgrounds is the place to be, while easterly county members should make their way to Mercyhurst University North East campus for the 9:45 show.

It's a summer of celebration for our fine city, and come this Fourth of July, there will be plenty of bombs bursting in air to give proof throughout the night that our pride will always be there.

pARTy on the patio

Much like I pointed out in the previous entry of this fine To-do List, Erieites keep on getting swept up by Perry fever, and the folks at the Erie Art Museum certainly seemed to have joined in on the fun. This year, EAM is serving up the pARTy on the patio Friday, June 28, with a little twist thanks to our favorite commodore.

"We figured that with all of the Perry 200 celebrating going on now, we decided to throw a nautical bash of our own, but to kick it up a notch, we're having a retro-themed nautical party," says Jessica Hunter, a member of the planning committee for the event. "It's a kickoff to summer so we can get this party started and enjoy the summer. This party is definitely one of their signature events and it's quickly becoming a favorite."

As part of the theme, nautical attire and boating shoes are encouraged for the casual affair. Starting at 7 p.m., pARTygoers will be free to dance the night away, with The Breeze Band playing early in the night before Born as DJ Shineomite takes over the dance floor. In addition to the music, fantastic food, interactive art, complimentary beer, a full cash bar, and plenty of surprises, according to Hunter, will be there for one spirited night.