by Alex Bieler
View ProfileFacebookTwitterInstagramGoogle+RSS Feed
October 2, 2013 at 8:04 AM 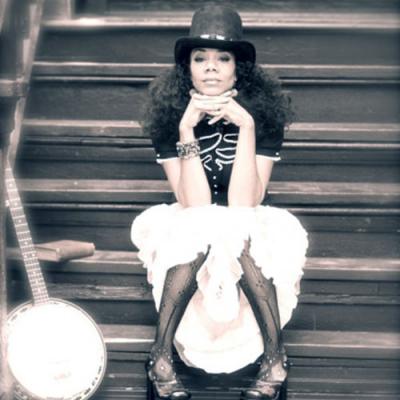 Every so often, you run into one of those albums that you just keep on repeat, a set of tracks that commands your full attention. These are the albums that stay ingrained in your mind, evoking memories of past times and places and inspiring you long after you hit pause. For Howard Fishman, the full "The Basement Tapes" collection by Bob Dylan and The Band is one of his inspirations.

"The five-CD version has always been a desert-island disc for me," says Fishman, a critically acclaimed singer, guitarist, and composer. "I just love all of the stuff that hasn't officially seen the light of day, so I pitched the idea to the public theater here in New York about doing a three-night marathon concert of the complete basement tapes."

And so The Basement Tapes Project was born. The success of the three-night show, in which he performed all of the tracks from the five-CD set, allowed Fishman to bring his beloved Basement Tapes to more venues, and soon, he'll be adding the Taylor Little Theater at Mercyhurst University to the list when he performs there at 8 p.m. Thursday, Oct. 3.

However, just because he'll be performing Bob Dylan and The Band's underground recordings doesn't mean that this will be a cover show. Instead, think of it as going to the theater, where every night can provide a new experience instead of being subjected to the same exact film over and over.

"When my band performs, we're always aiming for that kind of spontaneity and looseness because when I'm doing my music, the show changes night to night quite a bit in terms of the arrangements of the songs and the ways we play them and the ways that the audience responds."

It's appropriate that they call it live music, because the right performer can breathe new life into an old song. Classic albums are tremendous for the right reasons, but The Basement Tapes Project can provide brand new memories.

When it comes to teaching children about their heritage, some parents comb through old photos to show their little ones their relatives. Others check out websites detailing their family tree. Martha Redbone, meanwhile, put her family's history to music to help her young son understand his roots.

Her efforts resulted in "The Garden of Love: Songs of William Blake" a collection of poems by the English poet set to the music of Appalachia, the sounds of her hometown in Harlan County Kentucky.

"We had lost a lot of elders in our community and in our family, so I thought being a musician, I wanted to do something to honor them and acknowledge them," says the Independent Music Award-winning musician. "Part of the culture is the music and the sounds of the area you grew up with, because he'll be too young to remember them as people other than in photos, but the music really gives you a connection to home."

Erie residents can hear these songs and dance along when the Martha Redbone Roots Project comes to the Louis C. Cole Auditorium at Edinboro University Wednesday, Oct. 9. While Redbone's source material dates back hundreds of years, Redbone found that Blake's poetry complemented her Appalachian tracks quite well.

"We had already collected about seven or eight songs and then my husband found the book on the shelf and opened it to 'A Poison Tree' and looked at it and we thought that it could be a really cool mountain song," Redbone says. "We ended up looking through about 150 different poems and I thought that it was too good to just stop at 'A Poison Tree.'"

Now, Erieites will be able to sample the fruits of "The Garden of Love" and more from her personal catalog, all while Redbone settles back into her roots.

Forget the Penguins - it'll be hockey night in Erie Oct. 5.

Well, you don't have to completely abandon Pittsburgh's beloved NHL franchise, but your local Ontario Hockey League team could use your support when the Erie Otters return to Erie Insurance Arena to face the North Bay Battalion in their home opener at 7 p.m.

Of course, an occasion like this calls for a celebration. Luckily for all you hockey fanatics out there, Epic Web Studios is hosting the Fourth Annual Otters Home Opener Party on the corner of Ninth and French streets starting at 4 p.m. the day of the game. Since the folks are such big Otters fans, they figured it would be appropriate to kick off the season with a free event filled with live music, free beer and soda, and a red carpet ceremony where fans can get autographs from players.

"I'm always excited for the Otters Home Opener Party itself because it kicks off the new season and every year the fans are in a great mood and the atmosphere is always great," Epic Web Studios Lead Developer and Partner Shaun Rajewski said. "It's very promising going into a new season and have something put together where everyone can be together and celebrate."

More than just hockey fans should be pleased, as local alt-rockers Falling Hollywood are set to entertain partygoers as they chow down on delectable edibles up for purchase from the Mercyhurst University Food Truck, all while members of The Erie Clowns and magicians perform for the crowd before ticket-holders go and see the Otters play.

A promising Erie Otters season needs a proper kickoff, so head down and make the Otters Home Opener Party a proper hockey night celebration in our town.