Jockey Full of Bourbon: A Birthday Tribute to Tom Waits at the crooked i, and Warren Miller's "Ticket to Ride" at TREC

by Alex Bieler
View ProfileFacebookTwitterInstagramGoogle+RSS Feed
November 27, 2013 at 7:11 AM 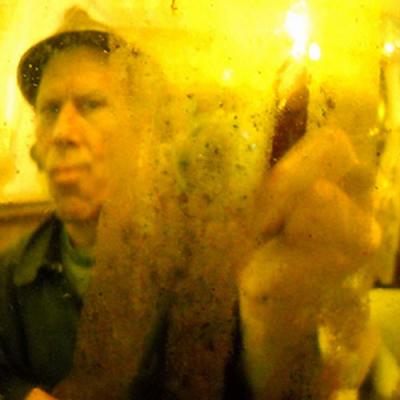 A Birthday Tribute to Tom Waits

Judging by all of the reality singing competition shows that pop up in primetime slots on the ol' boob tube, it seems that many Americans and TV executives are constantly on the search for the next star.

While there may be plenty of pleasant pipes on these shows, there's more to singing than just a pretty pitch. In fact, many beloved vocalists would likely be cut from these shows in their first episode. Just imagine the blank stares Jeff Mangum would get on American Idol or how quickly executives from The Voice would call security on Isaac Brock. Simon Cowell may not necessarily agree, but you don't need the voice of an angel to sound heavenly.

Take Tom Waits for example. The Rock and Roll Hall of Famer's distinctive growl is so gravelly that critic Daniel Durchholz described it as sounding "like it was soaked in a vat of bourbon, left hanging in the smokehouse for a few months, and then taken outside and run over with a car." Idol fans may recoil, but there are plenty of fans of Waits' distinctive delivery.

And there's more to like about Waits than just his raspy pipes, which is why the crooked i will host Jockey Full of Bourbon: A Birthday Tribute to Tom Waits at 10 p.m., Saturday, Dec. 7., a night dedicated to showing how much the sexagenarian has given to the musical community.

"He just has a unique vision and a unique way to express himself with his arrangements and his instrumentation," says Doug Phillips, who has started planning the tribute earlier this year. "It's not too complex, like a band like Yes or Rush; the songs are pretty straightforward from a songwriting aspect, but the instruments he chooses to use and the way he chooses to arranges those chords, the spaces that he leaves, it all makes sense to me."

Phillips isn't the only musician in the area that's been affected by Waits' whimsy, as he'll team up with local vets Shelden Peterson, David Blaetz, and Rick Cass on stage to become Small Change for the one-night special, conveniently held on Waits' 64th birthday. It's no easy task to try and honor a man who's discography can be both beautiful and bizarre, but Phillips says he's found the right group to bring Waits' tunes to life.

"These guys are jazz cats, really smart guys, and fantastic players, and I'm happy to have them playing with me," Phillips says. "Tom has a lot of bluesy and jazzy elements. I love that kind of swing and the gravel he gets, and I wanted the guys who could really deliver on that. I think I struck gold."

Small Change will also be joined by various guests throughout the night, including the soulful Matt Texter and the spellbinding Torn Curtain, helping to make the crooked i the heart of your Saturday night festivities. Tom Waits may never be a star on American Idol, but there are plenty of artists that would love to be as bad as he.

he first snow of the season can mean many different things. For some, it's the start of the holidays, for others, a time to drive no faster than 10 miles per hour under the speed limit even if the roads are clear. However, while crystalline wisps of white can cause certain people to grumble, the fluffy stuff is a welcome sight for skiers and snowboarders.

Still, even if the weather won't always permit a prime slope, the Tom Ridge Environmental Center has got a treat for both fans of snow sports and impressive visuals, as it welcomes Warren Miller's Ticket to Ride to the Big Green Screen Theatre at 7 p.m. Friday, Nov. 29 and Saturday, Nov. 30, as well as at 1 p.m. Sunday, Dec. 1.

The film, which is sponsored locally by the Erie Ski Club, is the latest installment in ski and snowboarding filmmaker Warren Miller's annual ski show, a visual feast that takes viewers on a cool adventure, all while in the comfy confines of the Tom Ridge Environmental Center, which houses a four-story high and 45-foot wide screen, the largest one found in Erie County.

"The film itself is amazing to watch on the Big Green Screen," Erie Ski Club Board Member and Past President Mark Signorino says. "The scenery is just absolutely amazing and it's in the most fantastic places you could possibly ever want to ski or snowboard. It's like you're there. Every seat in that theater is a great seat, and you're right in the midst of the action."

Ticket to Ride will help kick off TREC's holiday season, providing some wintry treats such as holiday-themed movies and other seasonal activities while the beaches of Presque Isle are covered in snow. Even if you'd rather give winter the cold shoulder, films like Ticket to Ride are enough of a treat to warm your spirits.