Comic previews his first Erie show in a decade 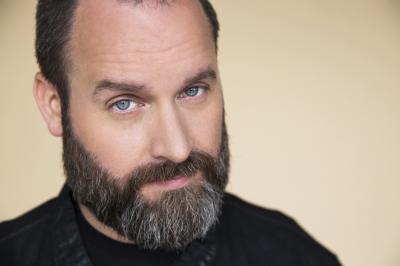 Robyn Von Swank
Comedian Tom Segura embraces the age of political correctness. Last time he performed in Erie, it was at the then-clean-only Jr's Last Laugh. His Dec. 5 show at the Warner Theatre promises to feature the raunchier and edgier style fans of his comedy specials and podcasts are more accustomed to.

Maybe it's the comedy podcasting power plant Your Mom's House, built and expertly maintained with the also-professional-comic woman he loves and a little help from their also-hilarious friends.

Maybe it's the most epic dance battle/best dance video/most brutal takedown of a best friend you're likely to ever see.

Or a quick check-in with Robert Paul Champagne, or Uncle Terry, or, oh who knows … so, so many people, places, and things in Tom Segura's creative orbit just aren't remotely PG-13 enough to even begin covering in the pages of our (mostly) family-friendly publication.

Whatever it is, though — whatever he's doing — it's done (like a lot of the best) with brow low and consciousness of craft high. There's a delighted impishness at play — and timing and focus and story-sense, too — that I'll dare say is damn Twainian.

And so funny that, well, it just ain't right.

Tom Segura: Take It Down Tour

Being a big fan, I was most grateful to catch up with Segura — who's making the Warner Theatre one stop on his 100-city, international "Take It Down" tour on Dec. 5 — for a little phone chat the day before Thanksgiving. Working with me through a couple of dead zones on his end and some minor technical difficulties on mine, he graciously answered some questions (a few pretty smart, a few pretty not) compiled by me, along with my beautiful wife and some of our also-degenerate friends and co-workers.

Here's what he had to say:

Tom Segura: [Laughs] That would have to be playing Jr.'s [Last Laugh] when it was a clean-material-only club, and all the challenges involved with that. It was definitely a new thing for me to deal with the … overseeing in that club when performing there around 2009.

Now, ten years and a plethora of dirty jokes later, the Warner show is on one of the last legs of [a major international tour]. It's been an amazing tour ... and I'm excited to come back and not have the handcuffs of a 'clean' club.

RS: So, will you be taking it kinda easy on us sensitive types this time around?

TS: [Laughs] Definitely not. I can tell you — for sure — that any local comedy police would not be a fan of me now. It's definitely not a show for someone who wants to see clean comedy.

RS: Aside from the tour, and the podcasts (YMH Studios productions including Your Mom's House with his wife Christina Pazsitzky, and 2 Bears 1 Cave with his good buddy Bert Kreischer), what else is happening? Anything you'd like to plug?

TS: The podcasting has really picked up steam in the last year or two, and we're really all in on creating new content. I don't know if you know I put out a dance video?

RS: I guess this is a good point to mention that you and the people you work with really affect a lot in us too, man. I gotta say it gets a little chilly out here in the working class sometimes, and you guys' work has become ubiquitous in a lot of our lives. It's funny as hell, and it's honest, and it's brave, and it brings your fans real joy. That's something important. And it's really worth a good measure.

TS: We live for that. We love hearing that.

RS: So, let's talk a little about the current culture of political correctness. It seems like a lot of comedians are falling on one side, which is "this is the worst time ever to try to make people laugh," or the other, which is "there's never been a better time to be doing comedy." Where do you fall on that line?

TS: I would fall into the second camp, for sure. Everything about comedy is about getting a reaction … and there's never been a better time for that. You don't even have to guess, or try to provoke. Just being yourself is a provocation sometimes now. I think of that as an advantage.

PCness is a great tool for a comic as long as you're not afraid it exists. It can be kind of a guiding light … I think of that as an asset. [Beyond that] I don't think any comic who respects what they [do as an art form] really wants to hurt people.

RS: Alright, that right there was about as philosophical as I'm gonna try to get with you. It's gonna get a little dumber to wrap it up from here. ...Up for some fan questions?

[NOTE: These last few rapid-fire questions are proudly presented by Segura fans for Segura fans. Everyone else? We apologize most humbly in advance.]

RS: Second question: Who would you rather invite over for Thanksgiving — Uncle Terry, or Steven Seagal?

Then, fight Ari. Without question. That'd be like fighting a child.

RS: Okay, I saved the worst for just about last. Who would you rather take a drink from: Ari Shaffir, or Bill Cosby?

RS: And last: You really diarrhea'd all over Bert in that dance-off. Like, bad. I don't have a question about that. Just saying.

TS: That is a true statement.

Tom Segura brings his 100-city Take It Down tour to Erie's Warner Theatre for one night only on Thursday, Dec. 5. For tickets and more information, visit erieevents.com or call (814) 452-4857. To see Segura in action, check out the Your Mom's House and 2 Bears 1 Cave podcasts and other content on Youtube, or visit tomsegura.com.

Ryan Smith is a professional cook who loves breakfast and thoroughly enjoys a good joke. He also writes sometimes and takes photographs, too. Reach him at rsmith@eriereader.com and/or follow him on Instagram @ryan.smith.pens.lens.