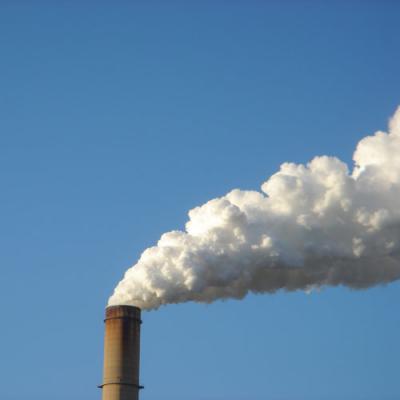 Western New York's Citizen Science Community Resources (CSCR), founded in 2014, describes its mission as encouraging people to "use the power of scientific data to create healthier communities and a more just society."

CSCR grew out of the efforts of Tonawanda resident Jackie James-Creedon, who, along with other locals, worked with the Clean Air Coalition of Western New York to hold Tonawanda Coke Corp. and environmental manager Mark Kamholz "responsible for emitting benzene, particulate matter, and other dangerous chemicals into surrounding neighborhoods. [CACWNY] combined community-based science, collaboration with government agencies, and ongoing public pressure from community members and local media to achieve their goal."

Back in 2005, frustrated by a lack of scientific research, these citizen scientists formed a "bucket brigade," using a "5-gallon bucket from Home Depot, plastic baggies, and a hand-held vacuum to test their air."

After discovering high levels of benzene, the group wielded their data to pressure the NYS DEC and EPA to conduct a year-long study, which corroborated their evidence: "Benzene levels were 75 times higher than the EPA guideline and Tonawanda Coke Corp. … was the predominant source of emissions."

TCC and Mark Kamholz were indicted in 2010, but Tonawanda's citizen scientists continued their efforts. In 2012, they dug samples of their soil to be tested, once again finding dangerous levels of harmful chemicals embedded there.

And in 2013, TCC and Kamholz were found guilty of "14 criminal charges violating the Clean Air Act and Resource Conservation and Recovery Act."

CSCR's website reads, "It all started with just a few neighbors sitting around a table discussing their individual health struggles and their collective right to a cleaner environment."

Incidentally, in December of 2016, TCC CEO Paul Saffrin donated $1 million each through his foundation (formerly J.D. Crane's) to Daemen College and Explore and More Children's Museum, a move quickly criticized by the CSCR, according to The Buffalo News.

In a press release, CSCR director James-Creedon said, "We don't deny that these donations were made to two worthy causes. But given the circumstances of how this money was made, wouldn't it be logical to donate this money to the people that have been harmed by this company's pollution first?"

In Tonawanda, it's taken constant pressure, courageous outspokenness, and heartfelt neighborliness to keep a corporation in check. But it's working.

In these extraordinary times, we need to recognize our own power – our own obligation – in keeping our community safe, healthy, and vibrant. No leader we elect – and certainly no profit-minded CEO – will solve these issues for us, unless we demand it. Tonawanda has provided the precedent. Now it's up to us. – K.C.