Sing along with Pat Monahan to your favorite 2000s anthems 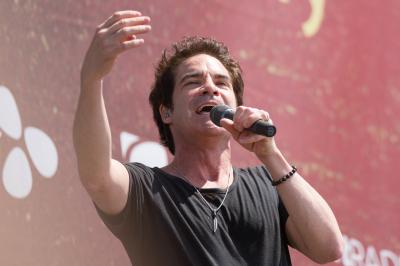 Train heads to Erie with the summer concert vibes we all long for. Pat Monahan returns with Train to his hometown once again to perform at the Erie Insurance Arena this Saturday, Aug. 21.

This summer the Erie area has seen a re-emergence of live music and annual concert series after a year hiatus from the pandemic. High-profile concerts are now making a comeback as well and what better way to enjoy a classic end-of-summer concert than with a band that gave us some of the catchiest hits of the 2000s.

Although Monahan grew up in Erie, Train's roots began in San Francisco in the 1990s when the lead singer met Rob Hotchkiss, former frontman of Los Angeles group The Apostles. Columbia released Train's self-titled debut album in 1998 but their rise to fame came a few years later with their 2001 album Drops of Jupiter. The album's lead single "Drops of Jupiter (Tell Me)," won two Grammy Awards in 2002 and the album was certified double platinum. The song remained in the Top 40 for nearly 40 weeks — meaning there's no excuse if you haven't heard this classic.

Train continued to make waves in the music world with their popular hit "Calling All Angels" released in their 2003 album My Private Nation. After deciding to disband in 2006, Train came back together in 2009 with their fifth, multi-platinum album Save Me, San Francisco. Containing the global hit "Hey, Soul Sister," the album helped rejuvenate Train's career. The group won another Grammy Award in 2011 for the #1 best-selling smash and most downloaded single of 2010. With these three iconic songs alone, Train is sure to have entered your music life at one point or another.

Throughout the band's life, Train has sold over 10 million albums and 30 million tracks worldwide. Members of the band have come and gone since the original formation, yet Monahan has remained through every song and album release.

Train's performance will be joined by special guest Vertical Horizon, an alternative rock band hailing from Washington, D.C. Vocalist Matt Scannell and guitarist Keith Kane started the band in 1991 as students at Georgetown University. Vertical Horizon is best known for their 1999 number one single "Everything You Want." Other hit singles from the band include "You're a God," "Best I Ever Had," and "I'm Still Here."