Listeners will be treated to a taste of hard rock with UnSaid Fate at Sherlock's on June 13. 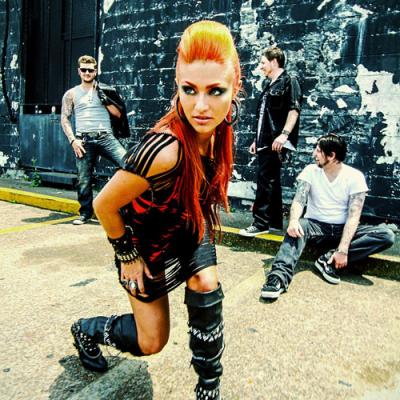 UnSaid Fate is coming from Cleveland to headline a night of hard rock at Sherlock's on Saturday, June 13.

UnSaid Fate has amassed a considerable following since forming in 2013, winning over their fan base with a repertoire of both originals and covers, including songs by Rage Against the Machine and The Offspring.  The band toured with their hometown brethren Mushroomhead at the end of 2014, which ended shortly before the tour came to Erie this January.  This show will give them the chance to see what they missed out on.

Local supporting acts on the bill are Kevlar and Anthems of Apathy, both of which have been making rounds and paying their dues around Erie, frequently playing at different venues and gathering fans along the way.

All three bands are fronted by a female vocalist, proving that rock isn't just a boys club.  So come out to have a good time and let these ladies show you what they're made of. — Tom Shannon