Tropidelic Brings the Party Back to the Rook

Cleveland's Tropidelic will cruise into the Kings Rook Club on April 9. 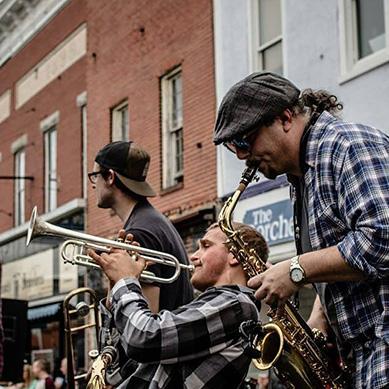 Cleveland's Tropidelic will cruise into the Kings Rook Club on April 9, just one week after the release of their brand new album, Go Down With The Ship. The band is currently amid an 18-stop tour in support of their new record, with Erie being the penultimate night. Tropidelic formed in Kent, Ohio in 2009, later relocating to Cleveland. In 2014, the group made headlines when their practice space was mistakenly raided by police. Sheriff's deputies had their guns drawn, searching for a previous tenant who had no other relation to the band. That hasn't discouraged the band by any means, though. In 2015 they put out the aptly named Police State. They've been growing their fan base thanks to hard work and a love of music. The eight-piece group, which features a full horn section, plays a kinetic blend of reggae, funk, hip-hop, and jam. Fans of Sublime and 311 will fall in love with the band right away. Songs range from chilled out, slow-burning grooves to heavy-hitting ragers.

The entire Rook will be filled with wild and wonderful tunes from start to finish. Every band shares the same exciting sensibilities, which should build the perfect environment for a great Saturday night out.

This show is going to be a party. The downstairs concert complex will be opened up for the evening. Special Guest, that cleverly named local band, will open up the show. They're a high-energy, danceable quintet that adds just the right touch of psychedelia and shred. Later on, upstairs, you can find the LEC for the afterparty. The much-loved local act blends hip-hop, funk, and rock to create an infectious atmosphere that'll get you moving. The entire Rook will be filled with wild and wonderful tunes from start to finish. Every band shares the same exciting sensibilities, which should build the perfect environment for a great Saturday night out. – Nick Warren