A better album than many likely expected it to be 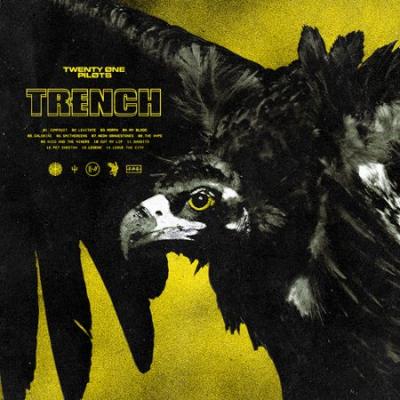 While it's nearly impossible to remain objective while critiquing something, Trench is a better album than many likely expected it to be. For some, twenty one pilots are a cringe-inducing duo who blend a number of genres (predominantly hip-hop, rock, reggae, and pop), while for others, the band's transparent bouts of honesty regarding mental health will surely stay with them throughout their life. Trench, although weighed down by its unnecessary length and murky concept, is an interesting step sideways for a band many wrote off as being fake and pandering to a certain demographic. In fact, skeptics need look no further than opening number "Jumpsuit" to experience the band's sonic growth. Built around distorted guitars that drive its chorus, the song may actually be one of the band's most engaging. Unfortunately, this burst of inspiration only lasts throughout the album's first third, as the rest of Trench clings to twenty one pilots' penchant for cutesy ballads ("Smithereens") and self-aggrandizing mythology ("Bandito," "Pet Cheetah"). As a massively influential pop act, they earn their credit where credit's due, but unfortunately, Trench is still unlikely to convert nonbelievers. — Aaron Mook

Justin Courtney Pierre // In the Drink

by Aaron Mook10/24/2018, 2:30 PM
Not straying far from the formula on his full-length solo LP
twenty one pilotstrenchmusic reviewfueled by ramen