The Erie singer-songwriter improvises an entire album to surprising success

by Nick Warren
View ProfileTwitterInstagramRSS Feed
January 13, 2021 at 11:45 AM 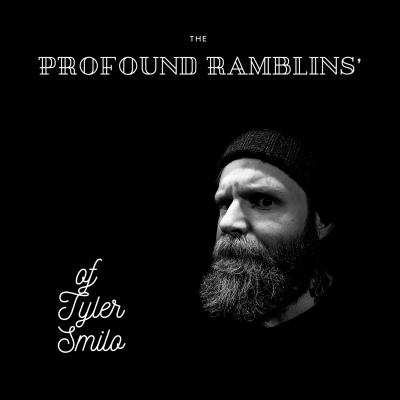 Tyler Smilo isn't afraid to try something bold, and you know what's pretty damn bold? Releasing an entirely improvised folk album. That's precisely what he did here with The Profound Ramblins'. Maybe it's the fact that these 10 tracks feel so successfully fleshed out that makes it a bold rather than foolhardy errand. Let's not put the gimmick ahead of the actual product, however — she's a humdinger. Smilo has put in his 10,000 hours of songwriting, and this record shows it. There are cuts that have the searing flavor of Damien Rice like "Far From the Ocean Blue," "Picture Show," and the moving closer "Wilson." As the opening track hints at, there are others with the humorous spontaneity of Bob Dylan's "I Shall Be Free" like "Heart Like a Banjo" and the penultimate "Ramblin' Hell." Some of the most memorable moments come from the more anthemic songs like "Morning Coffee" (including its well-earned hold-for-laughs moment), and "On Our Own." In his life post-recovery, Smilo is still at the top of his songwriting prowess. In his own words "Sometimes the most profound stuff is right off the tip of the tongue."

Purchase and stream the album on BandCamp at tylersmilo.bandcamp.com