by Tracy Geibel
View ProfileFacebookTwitterRSS Feed
February 15, 2017 at 9:30 AM 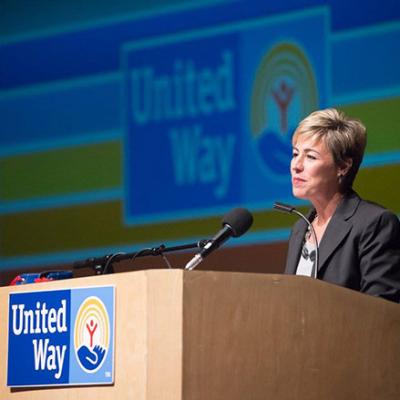 Remember the scene in Finding Nemo when Dory is stuck in a fishing net? It's chaos as all the frantic fish swim in different directions, but Dory and the others break free when little Nemo enters the net, instructing the fish to "swim down."

The United Way of Erie County is doing something similar at its upcoming annual meeting and Self-Sufficiency Summit with the intention of monitoring and promoting self-sufficiency throughout the county.

"Our community is caught in the net of poverty," President Bill Jackson and Board Chair Janel Bonsell said. "But through the power of collective impact, United Way is playing the part of Nemo and encouraging the 'fish' – local social service agencies, businesses, government, the faith community, and individuals – to swim together in the same direction and break the cycle of poverty."

This first Self-Sufficiency Summit will discuss current community benchmarks and feature keynote speaker Chad Waldron, assistant professor of education literacy at the University of Michigan, Flint, and former assistant professor of language and literacy studies at Penn State Behrend. Waldron will speak about his research on the United Way's Imagination Library, which was conducted in the fall of 2015.

This library – a program that provides one free book every month to a child until age five – has served almost 16,000 children since 2013.

This library – a program that provides one free book every month to a child until age five – has served almost 16,000 children since 2013. It now includes nearly two-thirds of eligible Erie County children; and according to Waldron's findings, it's made a difference, even during the short time that the program was established prior to his research.