Find your city! Find yourself a city to live in.

by Cory Vaillancourt
View ProfileFacebookTwitterGoogle+RSS Feed
September 5, 2012 at 7:00 AM 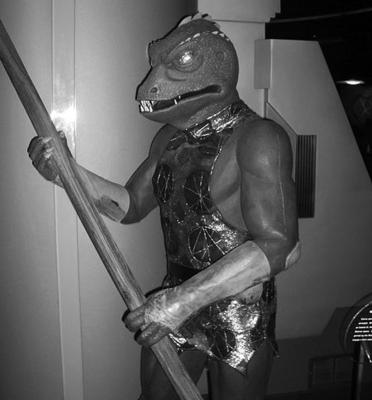 Like many Rust-Belt cities crawling from the wreckage of Dickensian industrial society, Erie continues to frantically claw at any available opportunity to supplant losses in her once-robust manufacturing sector.

I don't know about you, but I don't want Erie to be the next anything, especially "the next Detroit." I want it to be the first something; and although Erie's aspiration to become "the next Wally World," is, quite frankly, adorable, it doesn't take a rocket surgeon to see that it's light-years off target. We should aim high, Erie! Like really high.

Therefore, right here and right now, Erie must shake the rust from its blue collar and don some new clothes. As a city more deserving of local, regional, national, or international recognition, a city with a proud past but a brighter – light years brighter – future, I hereby proclaim Erie, Pennsylvania "The Capital of the Milky Way Galaxy."

Hershey, you can keep your stupid chocolate bar.

Think about the implications of this brilliant scheme; no other city in the galaxy – to my knowledge – has yet claimed this prestigious distinction, thus Erie's prestige would rocket to heights heretofore unseen.

The intergalactic publicity would naturally draw visitors from across all of creation, and we'd all be here to satisfy their insatiable desire for cheap tourist crap, which would be a whole other industry unto itself. Think about it. We could be the townies of the galaxy, selling overpriced "We Love Erie, the Capital of the Milky Way Galaxy" T-shirts, ashtrays, and 3-foot-tall fluorescent novelty beer steins from roving pushcarts. The economic impact on Erie would be substantial – a huge influx of space money from extra-terrestrial diplomats and tourists would really get this town buzzing again.

But why Erie, you say? I'm glad you asked, because I've cobbled together four additional reasons, besides intergalactic firsties, that make Erie a suitable "Capital of the Milky Way Galaxy."

Our sun is about two-thirds of the way out from the center of the galaxy, so no interstellar diplomat or extra-solar tourist would ever need journey more than 66,000 light years to get here. And seeing as how at the center of our galaxy lies a supermassive black hole, no one lives there, so the longest trip any being might embark upon would be reasonably short.

New York City isn't the capital of New York State; likewise, Los Angeles and Chicago answer to Sacramento and Springfield, just like Harrisburg holds sway over fair Erie. The reason for this is twofold. Firstly, moving the state capital far away from the powerful interests of a state's dominant city provides a layer of insulation against the undue influence these cities could wield to the detriment of other cities in the state. Secondly, selecting a site away from massive economic juggernauts like New York City, Chicago, and Los Angeles spreads a bit of the pork around, literally creating an entirely new economic sector where there wasn't one before. For example, Springfield would be nothing without the economic impact of the tourists, the legislators, and their staffs, who need housing, meals, bars, barbers, BMWs, dry cleaners, janitors, pizza joints, and mistresses. Serving as the seat of government in Illinois is the only reason Springfield is not a cornfield.

Anyone who's walked down State Street, day or night, has seen the space alien robots (pronounced "rowe-bits") already.

There you have it, four good reasons Erie is a great choice to serve as the "Capital of the Milky Way Galaxy." However, we'd have to spruce the place up a bit so we don't embarrass ourselves. Erie needs some critical changes in infrastructure in order to accommodate our non-Earthling brethren. Serendipitously, this municipal renewal would also solve four contentious local issues at the same time.

First, we'd need to sue GAF for the $8 million or more it will take to clean up a lake of tar they've left beneath the site, just yards from the waters of Presque Isle Bay; lesser-minded numbskulls have proposed "entombing" this poison with a concrete shell, which would mean that Erie would yet again bequeath a burden rather than a blessing unto her children – quite unbefitting a galactic capital. Once it's clean and pristine, we flatten the whole parcel, pave it, and call it "SpacePort Erie®, the Official Spaceport of the Capital of the Milky Way Galaxy."

Speaking of paving, we'll need to close off the channel at the east end of Presque Isle, drain the bay, and then pave it. Seeing as how it would take dozens of thousands of years travelling at the speed of light to arrive at "SpacePort Erie®, the Official Spaceport of the Capital of the Milky Way Galaxy," we'll need somewhere to park all those spacecraft. And, it would finally get Presque Isle Bay off of the Pennsylvania Department of Environmental Protection's  "Areas of Concern" list.

A galactic capital needs a suitably stately structure in which to sequester alien life forms for a short quarantine period – to ensure they're not bringing any of their intergalactic diseases or invasive species with them – and I can think of no more stately building around Erie than Pleasant Ridge Manor. They could lease out their empty beds to the Department of Homeworld Security for this purpose.

While we're talking homeworld security, one thought has crossed my mind, though: what if, unbeknownst to us, someone else, light years away, has already proclaimed themselves "Capital of the Milky Way Galaxy?" Erie could provoke a galactic incident, and we sure don't want that; but again, I've never heard of anyone else with such a visionary idea, so I'm not worried. Also, as "Capital of the Milky Way Galaxy," we would inevitably become the focus of ire from other, more warlike galaxies, outside our own, or even intra-galactic insurgents, but I'm not worried about that, either - our galaxy seems like a peaceable one. Except for Earth, that is.