Although the FBI reports that violent crime has dropped nationwide and overall crime has decreased in Erie by a whopping 12 percent over the same period of time, the 50 or so shooting victims from last year report that violent crime has increased at least 100 percent in their world. So why has Erie not been able to realize the gains that cities across the nation have been able to realize?

by Cory Vaillancourt
View ProfileFacebookTwitterGoogle+RSS Feed
July 11, 2012 at 4:30 AM 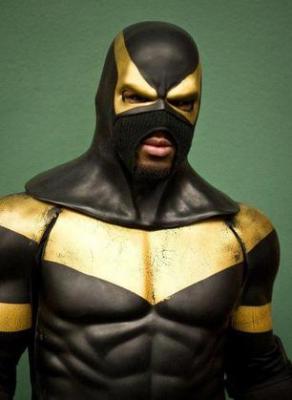 The previous year was a busy one for crime in Erie. As I learned at the Parade of Horribles last December, more than four times the usual number of Erieites felt the searing kiss of molten metal in 2011. Although the FBI reports that violent crime has dropped nationwide and overall crime has decreased in Erie by a whopping 12 percent over the same period of time, the 50 or so shooting victims from last year report that violent crime has increased at least 100 percent in their world. So why has Erie not been able to realize the gains that cities across the nation have been able to realize?

I'll tell you why – it's because we don't have any superheroes prowling our streets.

One day, this ordinary man wakes up to find one of his car windows lying shattered, scattered and sparkling across the gritty, grungy, crime-ridden street. Most disgustingly, he learns that there are several witnesses to the act, all of whom failed to report on or intervene in it.

But then, in the twinkling of an eye, this ordinary man's ordinary world slips deeper into dystopia when his young son slips on the broken glass and cuts himself.

Perhaps all things, as dystopian as they may initially seem, hold a secret parthenogenesis; whoever – or whatever – perpetrated this heinous and nefarious scheme left a mask behind. A mask wrapped around a rock. A mask wrapped around the very rock used to smash the car window. That ordinary man grumbled to himself about crime, and about new car windows on a teacher's salary, and then stuffed the mask in his glove compartment and forgot about it.

Now, he patrols those same gritty, grungy, crime-ridden streets and intercedes when he sees crimes being committed. He acts only as an ordinary citizen within the law to report on, or, when necessary, physically intervene in dangerous or criminal activity. Sure, he's had his nose broken; he's been stabbed, too. He's also been shot. To the overworked, underpaid police force, he is a mysterious, misguided vigilante. To the citizens of Seattle, he is Phoenix Jones: real life superhero.

You could almost call Phoenix Jones a one-man crime-fighting phenomenon, but that would not be even slightly accurate; Phoenix Jones may be super, but he isn't the only real life superhero in Seattle; in fact, he leads a team of them. They're called the Rain City Superhero Movement, and there are at least 10 costumed superheroes – with names like Blue Sparrow, Buster Doe, Catastrophe, Gemini, Green Reaper, The Mantis, No Name, Penelope, Pitch Black, Red Dragon, Thorn, and Thunder 88 – who roam the streets addressing crime as it happens.

Aside from Seattle, there are a number of well-known real-life superheroes prowling the streets from sea to shining sea. Captain Prospect and Justice both call Washington, D.C. home, and claim affiliation with the Capitol City Super Squad; Ghost, Ha!, Insignis, Oni, and Silver Dragon hail from Salt Lake City and represent the Black Monday Society. Atlanta has the Crimson Fist, Orlando has Master Legend and his sidekick, Ace, and Queens has Oyster Man, which doesn't sound very crime-fighter-y at all.

Lest ye think the real-life superhero movement is solely an American pastime, I must inform you that Canada has Anujan Panchadcharam the Polarman, which does indeed sound crime fighter-y, and Britain has Black Arrow, Lionheart, The Statesman, Swift, Terrorvision, and Vague. Italy has Entomo the Insect-Man, which, if I was a criminal, is not a name that would really scare me all that much. But maybe he's one of those badass bugs that could, like, kill you or something. Anyhow, real-life superheroes seem to be fairly common.

So why doesn't Erie have one? Or three?

As I discovered, it may not be worth the price – you see, every day needs its night, as every yin needs its yang, and as every ordinary needs its extra-ordinary, and every real-life superhero needs his real-life supervillain – and Phoenix Jones has one. His name is Rex Velvet. And if there's one thing Erie doesn't have and doesn't need, it's a supervillian.

Has this story inspired you to fight crime/wear tights? Do you have a clever name or interesting concept for an Erie-centric superhero/supervillian? Email it to Cory at the address below, or, just suit up and start a' fightin' crime!