Kansas, new name for Celebrate Erie, and a new musical genre he's named. Cory Vaillancourt takes on music this week, and he's got some ideas for future planning-- if only "the Man" will give him control.

by Cory Vaillancourt
View ProfileFacebookTwitterGoogle+RSS Feed
July 1, 2011 at 12:00 AM 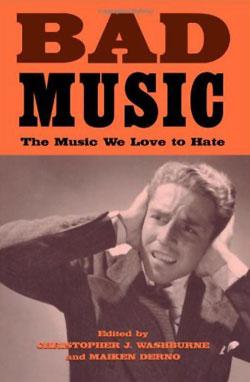 As you may or may not have noticed, the Erie Reader's resident musical conscience, Michael Bennett, does not appear in this week's issue. I am going to take advantage of his absence by horning in on his racket, and I can only hope that this column garners his approval, or at least, avoids provoking his ire. Today's topic is the upcoming Celebrate Erie Festival, or, as Bennett calls it, "Celibate Erie."

This year's Celibate Erie festival will take place from Thursday, August 18 to Sunday, August 21 along State Street, during which we will all be able to once again enjoy open container privileges. This year's musical headliner, scheduled for Saturday, will be…wait for it…wait for it…

Underwhelmed? Yeah, me too. This year, Kansas will join the pantheon of former Celibate Erie headliners culled exclusively from a genre of music I like to call "crap rock," which includes former Celibate Erie headliners Dennis DeYoung of Styx, Three Dog Night, and Foreigner. If you are keeping score at home, the only other crap rockers we have yet to see grace Erie's stage are Yes, Boston, ELO, Journey, Survivor, and Europe; fear ye not, crap rockers- I am certain they are actively being considered for upcoming festivals.

So why Kansas? Someone please tell me, who the hell books this festival? My grandmother? This band hasn't been relevant in almost 35 years, if ever; despite their two big hits, "Carry On Wayward Son" and "Dust in the Wind," appearing during one of the most dismal lulls in musical history, neither one topped any American chart. The year was 1977- disco was starting to peter out while synth-pop was itching to begin its awful decade-long rule, and this self-indulgent, overly serious rock outfit couldn't even crack the Billboard top 5. "Wayward Son" has to be one of the most obnoxiously ridiculous songs I have ever had the displeasure of being subjected to, while "Dust in the Wind" still makes me want to kill myself every time I am in a guitar store and hear some knucklehead with faux-classical leanings start picking that dreaded C chord. Not because the song is as depressing as hell, but because I suddenly realize I am listening to Kansas. I shudder to think of what the rest of their catalog sounds like.

Now, I do not mean to offend all you Kansas fans out there- wait a second, yes, I do. It is people like you who help perpetuate the stereotype of dreary Erie, mistake by the lake. We are a second-rate town with second-rate festivals featuring washed-up second-rate acts who seek to relive the so-called glory days of the late 1970s because you continue to support this nonsense. Well guess what? Gas is no longer 62 cents a gallon, and Jimmy Carter is no longer President. Celibate Erie 2011 will be yet another sporadic boom for downtown business owners that will fade as quickly as Kansas' career has faded, and it is yet another reason for young folks to avoid this event like the plague. Most of them know more about the Kansas-Nebraska Act of 1854 than they know about the band Kansas, who was only mildly popular long before most of them were even born. No wonder young people get their degrees and leave this town.

Despite the headliner, don't be surprised to see me down at the event; they had me at "open container," which may be the only reason to even attend– we'll all be practicing for that time when open container privileges become non-sporadic, so please, let's all be on our best behavior! No fighting. No littering. Act courteously to one another, especially our brothers and sisters in public service- police, fire, and EMS personnel. Stop at some point and reflect upon the fact that you are not the only person in the crowd, and act accordingly. Tall people to the back. Pick up any litter you see and put it in its proper place, not on the Erie Club's lawn. Thanks. We don't want to give anyone a reason to single us out for use in the anti-open container (or as I like to call it, the "anti-freedom") movement. And suffering through a set or two of Kansas only demonstrates our commitment to the issue: we shall be victorious in our efforts to make Erie a better place to live, work, and shop, even in the face of the cosmically infinite, windy sadness of "Dust in the Wind."

It does not have to be this way though. I do not know if it is true or an urban legend, but rumor has it Wilco was thisclose to playing Celibate Erie one year but left in a dispute over a few hundred dollars. Based on that rumor alone, here's my unsubstantiated generalization for the week: There are plenty of acts that would be willing to play this festival for the money being offered, and many of them could be far more relevant than Kansas. Hell, email Bennett. I'm sure he could rattle off half a dozen, if not more; I bet you could too. In fact, we should just get "the Man" to turn Celibate Erie over to me, er, Bennett for 2012. In the great American spirit of making someone else work so you can take the fame and fortune for yourself, I'm going to ask him to compile a list of your suggestions, sort through it, and save it for next year. Then, we'll see if we can get "the Man" to acquiesce to some People Power. See, I'm not here just to complain- I like to make change, and get things done. Especially when I can get someone else to do those things for me.

Was I too hard on Kansas? Not hard enough? Tell Bennett who you would like to see play Celibate Erie 2012; he may need some suggestions once they turn this sucker over to me, er, him. This music stuff really isn't my bag anyway.