PTSD continues nearly unabated. What is being done, and who is doing it?

by Cory Vaillancourt
View ProfileFacebookTwitterGoogle+RSS Feed
September 4, 2013 at 8:47 AM 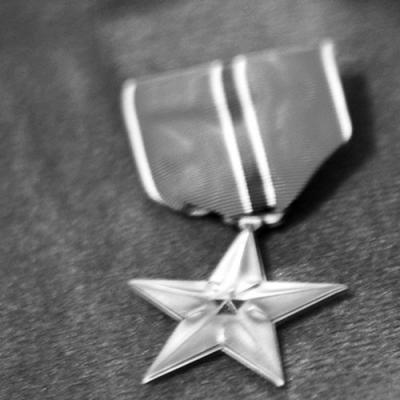 PTSD continues nearly unabated. What is being done, and who is doing it?

Almost exactly one year ago – Wednesday, Sept. 19, 2012, to be exact – I introduced you to Phillip Azevedo, an Erie, Pa. native, combat veteran, and Bronze Star recipient who struggled to bear the weight of war.

Phillip suffered from post-traumatic stress disorder, which subjected him to nightmarish visions, a general edginess, and disturbingly depressive feelings. Wounded in ways unseen and afraid to seek treatment because he feared his career as a Navy officer would be in jeopardy, he agonized in silence until one day, not long after a session of heavy drinking and run-in with the police, Phillip lost his battle with PTSD and took his own life.

He had a bright future ahead of him after being recognized by the Navy for his maturity, his competency, and his bravery. He had a close-knit family, a young son, a beautiful fiancé, scores of friends, and admiring classmates – all of whom missed his subtle, almost imperceptible cries for help due to ignorance about the signs and symptoms of PTSD that persist to this day.

Eighteen months after Philip hanged himself, anguished and alone in the basement of his Millcreek apartment, his death has left lingering pain. "The visions I have of him now are only from the knee down – his sneakers, the dark circle around his neck. I can't get them out of my mind sometimes," said Venus Azevedo-Laboda, Phillip's sister. Although Venus still experiences that lingering pain, she said it also lessens, little by little, each day.

"I was able to let go enough to move on, but I'm constantly reminded."

In the wake of her grief, Venus set out to learn as much as she could about PTSD as a way to heal; she threw herself wholeheartedly into advocacy, and in July formed Boots on Ground, which is currently in the process of acquiring non-profit certification.

"Right now, the mission is getting the word out – the signs, the red flags," she said of the organization, named after a colloquialism denoting the physical presence of troops in a combat zone, with their feet on the terra, ready for action. "We try to help the wives, the parents, and the caregivers, and we try to let everyone know they're not alone, and that there is help out there."

After the enormity of the loss Venus and her family suffered, no one would have faulted her for crawling under the nearest rock and staying there forever, trying to make sense of the senseless, or to forget the unforgettable. Instead, she discovered a continuing need for awareness about PTSD – a need unmet by the armed forces or various agencies of the federal government – that spurred her into action.

Since Phillip's death, an estimated 12,000 veterans like him have taken their own lives. That's one almost every hour of every day; although treatment programs exist, the numbers say that enough isn't being done.

And, sadly, our government has the terrible habit of trying to make difficult, inconvenient, and expensive problems go away by denying culpability.

During the 1960s, the United States military dumped more than 20 million gallons of Agent Orange – the infamous Monsanto-manufactured defoliant – on the jungles and farms of Vietnam. When health problems began popping up in the 1970s amongst Vietnamese civilians and American veterans of the war, the government denied, derided, and dismissed the claims, and it wasn't until the early 1990s that the government began to acknowledge the existence of the more than 1 million people affected by this deadly poison.

Then, in the early 1990s, veterans began returning from the first Gulf War with unexplained complaints of phantom pain, rashes, confusion, nausea, and dizziness. Once again, the government denied, derided, and dismissed the claims, and it wasn't until late 2008 that the government finally accepted responsibility for the 250,000 veterans significantly impaired due to their service.

Today, this alarming pattern – deny, deride, dismiss – seems once again to have manifested itself in the discussion of PTSD. A study recently published by Dr. Nancy Crum-Cianflone of the Naval Health Research Center posited that there was no link between combat and the suicide rates of troops. The study instead blames mental illness and substance abuse.

Nevermind that only 83 cases of suicide were included in the study. Nevermind that in almost 60 percent of those cases, the service member was not subject to a combat deployment. Nevermind that the study was conducted by an agency with a vested interest in the result. Deny. Deride. Dismiss.

And, let's all try to wrap our heads around this one: if mental illness and substance abuse cause military suicides, then either something that happens to combat soldiers causes these maladies, or the armed forces of the United States actively enlists mentally ill substance abusers.

It is shameful, irresponsible, and outrageous for our government to again begin a 20-year dance around an issue that is claiming lives at the rate of almost one each hour. Meanwhile, newborn non-profits like Boots on Ground – comprised of people who have been touched, firsthand, by the horrors of PTSD – are left to address the problem while still coping with their own losses, and with but a fraction of the resources available to federal agencies.

If Dr. Crum-Cianflone's study is indeed the resurgence of deny, deride, and dismiss, roughly 160,000 more lives will have been lost before meaningful action comes from the organization that brought Phillip Azevedo home in one piece, physically, but left him practically unarmed for an even greater battle.