Upfront looks back at the Erie Reader 2012 Primary Debates

by Cory Vaillancourt
View ProfileFacebookTwitterGoogle+RSS Feed
April 18, 2012 at 9:08 AM 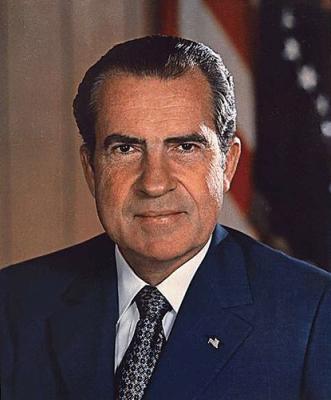 You see, Nixon liked wars. He liked them so much that despite inheriting both a cold one and a hot one, he felt that this was still not enough war for him, so he declared war on hippies, and puppies. After running out of living beings to declare war on, Nixon started declaring war on unconscious objects, like flowers, ice cream, cancer, and drugs. While I may have made some of those things up, I'm sure you take my meaning – the man liked his wars.

Anyhow, there haven't been many victories on the battlefields of Nixon's wars over the past 40 years; with the exception of the Cold War, not an inch of ground has been gained in any of them. Vietnam is still communist; hippies still walk their puppies through the flowers while eating ice cream; cancer treatment is still worse than the disease itself; and, drugs are as cheap and as plentiful as they were during Nixon's time. Now, I know what you're thinking, so stop it – I'm not even going to make a joke about ending Nixon's War on Cancer. We should definitely still be fighting Nixon's War on Cancer, because f--- cancer, that's why. But should we still be fighting Nixon's War on Drugs?

"Let's talk Marijuana: Legalize, decriminalize, medicinalize, or criminalize. Which of these '-izes' do you support and why?"

The question was directed at Regina Smith, so she answered first. "I would legalize it. I think we spend far too much money chasing down your average pot smoker," she said. "I just don't see the medical evidence that it's harmful, so I would probably legalize it. And I know that's probably a non- Republican answer."

Smith is right. Kind of. It is a non-Republican answer, based on the stances of most Republicans I cited above, although it shouldn't be. While Smith may have scored a touchdown with her succinct, common-sense answer, Jason Owen won the Super Bowl with his rebuttal, which highlighted the philosophical basis for arriving at a similar conclusion.

"Actually Regina, I applaud your candor and I think that is a Republican answer," he said. "I think that the tenets of the Republican Party talk about personal responsibility and individual freedom... I would think that there's a strong argument for decriminalizing marijuana use in the privacy of one's own home, [if it] doesn't affect anyone else's rights at that time."

Wait, what?! Two local Republicans advocating for the legalization or decriminalization of marijuana?

Yes, it's true. However, what's more interesting than their answers to my question is that both Smith and Owen highlighted a glaring contradiction in the Republican party's platform. Much of the party, including people like Romney, Gingrich, Santorum, Toomey, and Kelly, is opposed to the decriminalization of marijuana despite belonging to the party of "personal responsibility and individual freedom," as Owen posited. How are we, the voters, supposed to take anything these Republicans say seriously when they talk one talk and walk a different walk?

As Americans, we don't mind being lied to; in fact, we're used to it. We don't mind at all – we just like to know when we're being lied to so we can grumble, roll our eyes, and dig back in to our garbage-bag-sized container of Cheetos while watching "Jersey Shore." When a Republican like Mitt Romney stands up in front of the nation with his "less government, more freedom" rantings, and then goes on to list all the intrusive ways he believes government belongs in our lives, he creates a credibility gap that leaves undecided voters scratching their heads. Whether we, as voters, support or oppose the legalization of marijuana is irrelevant; what is relevant, however, is the hypocrisy of the national Republican platform.

If the Republican Party truly wants to position itself as the party of personal responsibility and individual freedom, they really need to examine their beliefs and recalculate their positions.

The Republican Party should be pro-gay, because, of all the places government doesn't belong, a person's bedroom probably comes first on that list. Two consenting adults should have the freedom to consort with whomever they choose as long as they infringe on no one else's rights.

Instead, most Republicans consistently support discrimination against an entire class of people whose only "mistake" was being born gay.

The Republican Party should be pro-legalization, because, of all the places government doesn't belong, a person's…well, you get the idea by now, or at least I hope you do – because Jason Owen and Regina Smith certainly got it last Wednesday. But the ghost of Richard Nixon was not happy. Not happy at all.