Cory Vaillancourt read a book. It was about Erie's history in rum running. Now Cory has an idea...

by Cory Vaillancourt
View ProfileFacebookTwitterGoogle+RSS Feed
July 29, 2011 at 11:54 AM 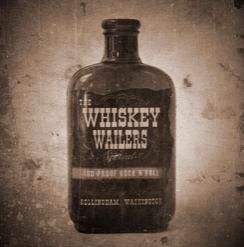 Erie's always been a fishing town. From the time of the Eriez Indians up through the "The Fresh Water Fishing Capital of the World" era of the 1920s, the waters of Lake Erie supplied generations with sustenance, both in the form of food and jobs in the expansive commercial fishing industry. But there was a time, not so long ago, that Erie's maritime set was on the front lines of a drug war. That's right, Erie; or, more broadly, the coast of Lake Erie from Detroit to Buffalo, was the Texas to Canada's Mexico. Local fishermen, utilizing their existing skills and equipment, participated enthusiastically in that drug war. That drug was alcohol. That war was Prohibition.

That drug war ended almost 80 years ago, and if you search hard enough, you just might see remnants of that era amongst the people and places of Erie. Your parents or grandparents may have stories. Your great-grandparents, if you're still lucky enough to have them around, may have firsthand experience in the matter. Your house may have a secret room, especially if it is more than 90 years old and located near the lakefront. When I was in the process of moving here, so many houses I looked at had secret rooms that I began to ask myself, "What kind of place am I in, this Erie?" I wondered if these rooms were some sort of fallout shelter from the Cold War, or if they were for the stockpiling of arms in the unlikely event of souring US-Canadian relations.

Then, I remembered a book I came across a few years before that, before I even lived here. "Midnight Herring: Prohibition and Rum Running on Lake Erie," by Dr. David Frew was published in 2006 by the Erie County Historical Society and is available for purchase at their office on State Street. Throughout its 210 pages Frew composes a colorful tale about the people and places involved in Erie's liquor-drenched past, based on interviews with several local families. Enterprising locals with access to boats, especially fishermen in fishing tugs, could make quick jaunts across Lake Erie, load up on Seagram's in Port Dover, Ontario, and speed back. This helps explain the name of Frew's book– fishermen conducting smuggling operations under the cover of darkness were said to be "fishing" for "midnight herring."

Commercial fishermen were not the only ones in on the act, as private individuals decided that rather than try to conceal their cargo from the authorities, they would simply utilize smaller, faster boats and outrun the authorities. Not that they had to do either, initially. Policing, on the water at least, was either non-existent or ineffective for much of the time this transpired; thus much of the operational difficulty was centered not around acquiring nor transporting contraband, but around getting it on to dry land here in Pennsylvania. When Sheriff Pat Brown seized several fish tugs suspected of bringing booze right down to the Erie bayfront in late 1925, he inadvertently proved the law of unintended consequences by provoking tactical adjustments from Erie's rum runners. All manner of ingenious delivery schemes were then executed to avoid the heat downtown, including dropping cases of whiskey offshore with lines attached for later retrieval, as well as utilizing locations well outside of town. In one amusing story from Frew's book, he recounts a delivery on the shore of Presque Isle in late 1926 that nearly ended disastrously for the boat. During the unloading process, the boat ended up on its side, washed up on the frozen, sandy shore. While most—but not all—of the whiskey had already been unloaded, this incident kicked off an idea in my head that I wanted to run by you.

Given that Erie was once a hotbed of rum running; and given that on water, accidents do happen; and given that the risky nighttime behavior of said rum runners presents an enhanced risk of loss, I'm going to go ahead and make a completely unsubstantiated generalization here: there are vintage unopened bottles of prohibition-area whiskey littering the lake, bay, and sandy shores of our region, from Detroit to Buffalo, waiting patiently to be drank. Or is it drunk? Drinked?

Anyhow, here's what I learned yesterday: bottled whiskey does not age. Any bottled spirit, actually, as long as the original seal is sound, will neither age nor spoil. And, any minor changes that would normally occur to one of these bottles stored, say, in bright sunlight and scorching heat are alleviated somewhat by them being buried, either underwater or on land. In fact, whiskey from Ernest Shackleton's Antarctic expedition in 1907 was found there in 2010, buried in ice and snow. Experts assume it is drinkable. Still, if you manage to dig one up around Erie, you may not want to drink it. I've done some investigation, purely for research purposes, I assure you, on vintage whiskey. I found that sealed bottles of vintage alcohol—especially pre-prohibition alcohol—can command exceptionally high prices. I spotted an early 1920s bottle of one of my favorites, Glenfiddich, for just £5200 (whatever that means). Since I assume "£" is some sort of fancy symbol meaning "half pennies," I went ahead and bought one on my credit card and hid it in my secret room. Sure, it's not Seagram's (which is what our midnight herring fishermen were most likely fishing for), but it will have to do until I find one of those some of those midnight herring.

Erie's Land Lighthouse: The Stories We Want to Tell