Strange symbols and symbolism in this piece, which is actually about Kathy Dahlkemper and Barry Grossman. 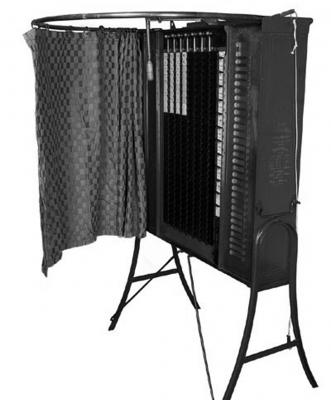 I had a whole Upfront already written several days before deadline, and then Kathy Dahlkemper went and cast my plans agley.

Kathy Dahlkemper's decision to enter the Democratic Primary Election for Erie County Executive didn't actually spoil my plans; rather, it ended rampant, unsubstantiated generalizations regarding the political future of the former Democratic congresswoman defeated at the hands of Mike "Pearl Harbor" Kelly in 2010. She'd been rumored to be running for everything from governor to judge to the hills until she finally confirmed a rumor-du-jour that speculated that her true target was incumbent Erie County Executive – and fellow Democrat – Barry Grossman.

And I didn't have my column already written, either.

But the truth is, I and my ilk get paid lavishly by the word [not true – Ed.], and this race is going to get a lot of words from my ilk and I. Ink. Inches. Interest. I envision intrigues innumerable; therefore, I will use a series of bizarre and abstract symbols to list them for you:

º One good Democrat will win.

Dahlkemper offers influence that transcends the borders of Erie County; as a former co-combatant in that brutal marketplace of ideas known as Earth Capitol "Washington, D.C.," returning to Eriestan might seem like leaving the majors and playing besuboru for the Kintetsu Buffaloes - she'll be hitting home runs every day and getting pointed at on the streets. Grossman, on the other hand, has proven experience with the sound financial management of what is, effectively, an $87 million corporation – the County of Erie.

¿ One good Democrat will lose.

This will be a lively and well-financed race, so expect to be complaining about all the political ads emanating from your various glowing rectangles on the weekend of May 17, if not weeks before. Sadly (for Democrats) donors who finance one of these powerful candidates will be left empty-handed, which, in a long-term strategic view, only weakens the donor base of Democrats in Erie County.

¤ All good Democrats will lose.

One of these fine public servants will likely need to call it a career upon losing; going to the well (donors) too many times becomes a fool's errand, especially after already depleting that donor base. And with a vulnerable Gov. Tom Corbett facing a flurry of Democratic challengers in 2014, this is good news for nobody. Nobody except Republicans, that is. Oh, and my ilk and I.

Œ Dirty laundry will no longer be confined to the backyard.

Dahlkemper must convince voters why she would do a better job than someone who is already doing a decent – if not admirable – job; right or wrong, voters usually side with the devil they know rather than the devil they don't…unless they're prodded, provoked, and perturbed by disturbing details of debauchery or deceit. Likewise, Grossman may have to reciprocate such savory, salacious slander. All of these face-hole mouth-sounds can and will be recycled by a good Republican in the fall.

¦ There is no good Republican in the fall.

This is it, folks, and you can take that to the bank. Your next Erie County Executive will be a Democrat, so this Democratic primary has far higher stakes than the general election in November. On the same day that Dahlkemper announced her run for county executive, rumored Republican contender Dean Pepicello announced the converse, mentioning his busy family life, according to Kevin Flowers of the Erie Times-News. Was his report coincidence or did he fail to cite the source of his proclamation? Either way, it doesn't look good for him and his ilk.

ð That leaves Fairview Republican Don Tucci, whose recent consent to a Protection From Abuse order filed by his girlfriend should be enough to force him to both dismount from his     personal Rocinante – thus ending his Quixotic quest – as well as stay away from his (presumably now ex-) girlfriend for one year.

In some corners of the realm, people are still talking about that faERIE tale – you know, the one about the priceless community asset? I assume Grossman hasn't changed his pro-sell position, but I've never heard Dahlkemper take a position on the issue, either. I'm not saying she hasn't, I'm just saying I'm willing to let Reader readers do the research, because I want this to be a two-way conversation. And because I'm lazy.

≈ Regardless, if you're voting for or against Grossman solely because of this issue, you're an idiot. Art is important, but it's not that important. There, I said it. Let's get serious for a second:  GE has one foot out the door, the proposed community college is dead in the water, and we still have a nursing home to manage.

These are simply small slices of the intrigues both innumerable and imminent; check back with your friends here at the Reader over the next few months, as my ilk and I are going to milk this one for all its worth.

Cory Vaillancourt is a brilliant writer/complete hack and can be complimented/heckled at cVaillancourt@ErieReader.com. Find him on Twitter @VLNCRT. And yes, he knows it's "my ilk and me."