by Cory Vaillancourt
View ProfileFacebookTwitterGoogle+RSS Feed
May 1, 2013 at 6:59 AM 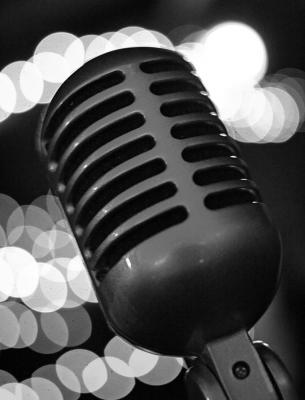 Begun during the 2012 Pennsylvania Primary Election, the Erie Reader Downtown Debate Series – so named because the first two debates were held at the Masonic Temple in downtown Erie – was intended to further the Erie Reader's mission of serving as a two-way conduit for conversation in this community.

In the first-ever Downtown Debate in April 2012, both Jason Owen and Regina Smith looked great, but Owen prevailed in the Republican primary election in State House District 3. In the second debate – also in April 2012 – Sean Wiley easily outpaced a crowded field consisting of John Harkins, Brian Pitzer, and Terry Scutella and ended up winning the Democratic primary election in State Senate District 49.

In the third debate – held this time at the Jefferson Educational Society in October of 2012 – Owen looked far more polished than Democratic candidate Ryan Bizzarro, who ultimately won a hard-fought race to replace John Hornaman in the house.  As soon as that debate ended, Wiley trounced Republican challenger Janet Anderson – a prequel to the trouncing he would deliver on Election Day – in the now-legendary fourth Downtown Debate.

Our fifth and sixth debates, which focus on the Erie County Executive race, will take place on Monday, May 13, at the Jefferson Educational Society, which means I just announced the Erie Reader 2013 Downtown Debate Series, in what has become something of a tradition here on page 4. Will these debates become the stuff of legend too?

The Erie Reader Downtown Debate Series – so named because the first two debates were held at the Masonic Temple in downtown Erie – was intended to further the Erie Reader's mission of serving as a two-way conduit for conversation in this community.

They certainly have all the makings. Again sponsored by our friends at Epic Web Studios, the Jefferson Educational Society, and Lilly Broadcasting, these debates are free and open to the public.

At 7 p.m., Democratic challenger and former Congresswoman Kathy Dahlkemper will face off with incumbent Democratic Erie County Executive Barry Grossman; at 8 p.m., it'll be Republicans Tom Loftus and Don Tucci who take to the stage. The winners of these two primary elections will face each other in the November General Election.

Similar to the four previous debates, candidate order will be determined by random draw on the night of the event. Each candidate will make a 3-minute opening statement and a 3-minute closing statement. Sandwiched in between their campaign stumpery will be eight questions – four per candidate – asked by our fine panel of panelists. The person to whom the question is asked will have two minutes for a response; the other candidate will have two minutes for a rebuttal, making for a nice, fair robust debate on the issues facing our county.

The best part? Once again, in each debate, two of those questions will come from you – the people these fine folks seek to represent. In the days leading up to the debate, we'll blitz both our Facebook and Twitter accounts, asking for questions from anyone who cares to leave them.

So be sure to mark your calendars for Monday, May 13; we're proud to continue presenting this important service to the voters of Northwestern Pennsylvania, and with your help and support, we'll be able to continue to serve as that two-way conduit for conversation in this community long into the future.