by Cory Vaillancourt
View ProfileFacebookTwitterGoogle+RSS Feed
July 10, 2013 at 7:00 AM 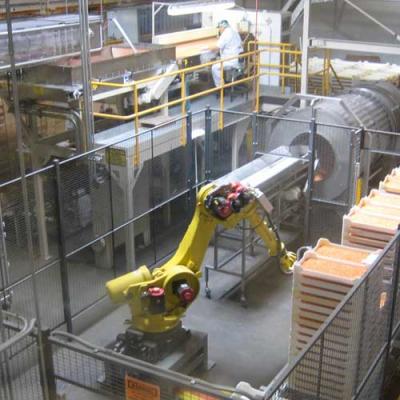 Erie is still a manufacturing town at heart – despite the nonsensical imaginings of the Wally World crowd – and free outdoor music is the fuel firing the ovens that those rusty blue collars still congregate around. In the winter, sans fuel, their chief output is clinical depression – but in the summer, fully fueled, their chief output is fun.

Now, winter appears to be over, but Erie's summer season is off to a soggy start. I think every single Block Party so far has been a wet one, and the Crawford County Music Festival was also subject to the fickle whims of an uncaring atmosphere – so much so that the much-beloved fete at Sprague's Farm and Brew Works could have been renamed the "Crawford County Muck Festival." In fact, it rained so much in June that those really tan Erieites you see walking down the street aren't really tan – they're just covered in a light coating of rust. Or mud.

However, with a string of cloudless low-80s days and high-70s nights rapidly approaching, things seem to be clearing up – and just in time, too, because this is the part of the year that Erie really puts the pedal to the metal and starts grindin' her gears. One of Erie's favorite things to do in the summer – the 8 Great Tuesdays music series at the Burger King Amphitheater in Liberty Park – lurched off the starting line recently with legendary bluesman Walter Trout. The Block Parties are still racing up and down State Street neck-and-neck with Roar on the Shore, The Gathering at Chaffee's is starting to rev its mighty motor (as Matthew Flowers will tell you in this issue's cover story), and the Erie Art Museum's Blues and Jazz Festival is about to come roaring out of the pits as it does each year, burnin' rubber and spitting fire.

Celebrate Erie is still trailing the pack with a wheel in the ditch and a wheel on the track, but that's another column for another day. Where were we? Oh yes, EAM.

EAM's Blues and Jazz Festival in Frontier Park will be held this year on August 3 and 4. Again, remember not to abbreviate it as "BJ Fest" on your kitchen-fridge calendar if you want to stay married. But the fest is a perennial favorite in this town, as much for the location as the quality of artistry EAM Executive Director John Vanco exposes us to each summer. That magical little corner of Frontier Park – where the Erie Reader tent has been known to pop up over the past few years – is a special place for Erieites. It is synonymous with summer.

But not far from that magical little corner, just a few dozen yards to the west, lies an overlooked and underappreciated summer music series that many people simply aren't aware of yet. Perhaps it's because it's on Saturdays, when State Street flexes its sometimes-anemic muscles, preening and peacocking for attention like a rouged-up streetwalker. Perhaps it's because it allows no alcohol, or because it starts at the too-late-for-dinner-too-early-for-drinks hour of 6 p.m., or because people don't typically associate world-class jazz music with a confectioner; but then again, who associates world-class jazz music with an art museum?

Whatever the reason, the Romolo Chocolates Summer Music Series doesn't get nearly the due it deserves. In fact,

Whatever the reason, the Romolo Chocolates Summer Music Series doesn't get nearly the due it deserves.

you probably didn't know that it hit the track smack dab in the middle of that rainy, rusty June and that, as of press time, four of the 10 scheduled performances have already passed. On June 15, JD Jazz and Christian Howes explored the jazzier side of the violin; on June 22, Dave Stryker and Blue to the Bone brought forth the bluesier side of jazz; on June 29, The Sicilian Jazz Project somehow married Italian folk tunes with jazz; and on July 6, Bruce Johnstone and Tim Clarke laid their hornier interpretations of jazz atop Tony Grey's basslines, Brad Amidon's beats, and Frank Singer's impeccable picking.

Looking forward, the 2013 Summer Music Series will continue to offer offbeat, unusual, and interesting performances and performers spanning – or rather, broadening – the spectrum of jazz in Erie. Blues, Afro-Caribbean, Latin, world jazz, and even bluegrass will all be dispensed in delightful doses over the coming weeks as Dollar Bill and the Spare Change, Giacomo Gates, Cocomama, The Special Consensus, Tom Principato, and the Adrienne Hindmarsh Quartet with Pete Mills take the stage on July 13, 20, 27, August 10, 17, and 24, respectively.

These performances all take place outside, just across the street from that magical little corner of Frontier Park. They are family-friendly, they are within walking distance for thousands of us, and they are free.

Yes, there's that one word everyone in Erie – blue collar, white collar, or no collar – loves to hear, even more than "fried" – FREE. Gratis. No charge. Complimentary. On the house. Literally priceless.

In locally tough economic times – when jobs get gone and local brains get drained – seeing local businesses and cultural institutions step up and provide free fuel for our fires is inspiring.