Teasing us with celebs, digging up zombie presidents, and giving us phone numbers we should call. See what Cory Vaillancourt's up to this week.

by Cory Vaillancourt
View ProfileFacebookTwitterGoogle+RSS Feed
June 16, 2011 at 12:00 AM 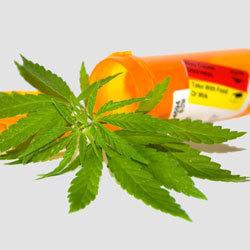 First, a little housekeeping– an alert reader last week emailed Upfront demanding correction of the election results column, specifically where it was stated that incumbent Fiore Leone, winner of his Democratic primary against Darlene Kenny, would be unopposed in November. Kenny, however, won the Republican side through write-ins, which means that instead of being unopposed in November, Leone will be virtually unopposed in November. Upfront regrets the error.

And now, on to the show!

Yeah, this column is not about any of those people. At all. So if that is what you thought, put down the Erie Reader and go find a maze to solve. We are talking about medical marijuana use, which has about as much to do with recreational marijuana use as rubbing alcohol does with Crown Royal.

The medical marijuana debate is not a new one in the United States. Across this great country, nearly 90 million Americans currently are protected by legislation that allows the seriously ill to utilize medical marijuana while under medical supervision; just a few weeks ago, Delaware became the sixteenth state (plus Washington, DC) to allow its citizens access to medical marijuana. Eleven states, including Pennsylvania and her neighbors Ohio and New York, have bills pending which would grant citizens this right, however, five states recently killed such legislation- in each case, because the bill never made it out of committee. For those of you unfamiliar with the sausage factory that is the legislative process, "committee" is the slaughterhouse where bills go to die, silently, behind closed doors, never to be packaged for consumption on the legislative floor.

Here in the Commonwealth, Senate Bill 1003 was introduced in the Pennsylvania Senate on April 25. Senator Daylin Leach sponsored the bill, along with initial co-sponsors Larry Farnese, James Ferlo, and Wanye Fontana, all Democrats. Unfortunately, SB 1003 was quickly shuffled off to that silent slaughterhouse, the Public Health and Welfare Committee, just as its predecessor SB 1350 was. Introduced last session, hearings were never held on SB 1350, and no vote was ever taken. This may very well be the same fate SB 1003 faces.

My perspective? OK, you asked for it.

If you have ever watched a friend, a family member, a loved one, or a co-worker struggle with a debilitating, life-threatening illness, you probably know what I'm going to say. Oftentimes, a diagnosis like MS or cancer offers little hope and a treatment that is truly worse than the disease. Drugs exist that are meant to alleviate the suffering, but not all of them are right for all of the people, all of the time. And if medical marijuana administered under the supervision of a physician is right for even some of the people, some of the time, then I am all for it, as I hope anyone with a compassionate bone in their body would be; any tool that can be added to the toolbox in this instance is a good one in my book. But sometimes, political partisanship gets in the way of what is best. Referring to abortion, Ronald Reagan famously quipped, "I've noticed that everybody for abortion has already been born," implying that those already born have no scratch in that game and therefore their opinion does not matter. If I could get a shovel, travel to Simi Valley, make it past security, and resurrect a zombie-Reagan to ask him about this issue, I hope he would avail himself of the same infallible reasoning and grunt, "I've noticed that everybody who is against medical marijuana does not have a debilitating, life-threatening illness. Furthermore, braaaaaaaaaaaaaaaains."

What is abhorrent to me is not the utter lack of compassion that one human being can show for another; it is that most of the people we have elected to go to Harrisburg and carry out our wishes in the great Marketplace of Ideas never even got the chance to vote on the issue. The Chair of the Public Health and Welfare Committee is Senator Patricia Vance, a Republican. Senator Vance is the person in charge of either killing this bill in committee again, or scheduling a hearing that might allow it to proceed. She is also, to my knowledge, the only registered nurse in the Senate, and she probably has a special perspective on the issue, so, what is she afraid of, anyway? That it will pass? Call her office at (717) 975-1985 or (717) 787-8524 from 9 a.m. to 5 p.m., Monday through Friday, and demand that this bill go to a floor vote. You might also add in your one-sided conversation with her low-level-staffer's voicemail that you think it is ironic how a small-government Republican is using more government to obscure this issue from voters. Up or down, yea or nay, we, the citizens of this Commonwealth deserve at the very least to know where our elected officials stand on the issues, and the only way we are able to verify their stance is by observing their votes. Their understanding of this issue and the parliamentarian maneuvering that keeps it from getting a vote needs to be noted for the public record.

OK, so it may seem I've been a bit harsh on Republicans in this issue. Have I revealed myself as a commie pinko lib? Not exactly; I am an equal-opportunity discriminator- I hate everyone equally. I'll rip Democrats very soon, I promise, so be sure to check back with me. Until then, here are my questions for the week: Do you know someone who could benefit from SB 1003? Do you know someone who could be hurt by SB 1003? WWZRD (What would zombie Reagan do)? Do you think we should flood the Tullio Arena and hold mock naval battles? Do you think I should get paid by the comma? Inbox me, comment below, or, just act like everyone else, and keep quiet.